According to MCSO records the summons has not been served. 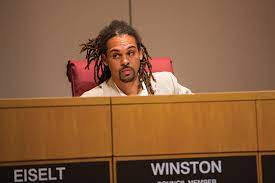 No official word as to what the "Criminal Summons" is regarding.

Watercooler speculation within CMPD is that it stems from an ongoing dispute involving Winston's estranged wife. Questions have also developed with regards to the issuance of a summons instead of an arrest warrant.

At issue is apparently an altercation involving Winston and his ex-wife as well as the children and a girlfriend. Sources tell CP that Sheena Hopkins-Winston arrived at the residence of councilmember Winston and became upset when girlfriend Kayla Jacobs came to the door and apparently threaten Hopkins-Winston. On the video Hopkins-Winston can be heard shouting at Jacob's "do you live here". Braxton Winston is seen telling Hopkins-Winston to leave. The video seems to abruptly end with Winston either pushing or striking his estranged wife.

Based on the video and the statements of Hopkins-Winston a Mecklenburg County Magistrate issued an arrest warrant for both Councilmember Winston and his girlfriend Kayla Jacobs.

The wording of "unlawfully and willfully did assault and strike" is typical for both arrest warrants and summons but unlike an arrest warrant, a criminal summons does not order law enforcement to arrest the subject of a complaint. Criminal summonses are typically issued when an incident is reported to but not witnessed by police. 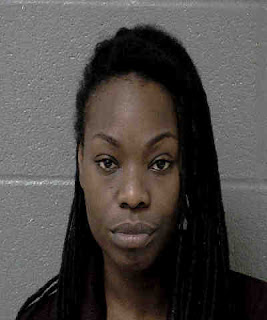 Needless to say its messy. But was Braxton Winston that intimidated? Sheena Hopkins-Winston is hardly 100 pounds and all of 5'3". What's next, 6 foot tall and change Braxton Winston needs a security detail?

Sheena Hopkins-Winston is also listed as the plaintiff on the summons and Braxton Winston as the defendant.

Named also in a separate summons is Kayla Jacobs with a charge of simple assault.

Maybe the underlaying question is how was a "Warrant of Arrest" issued for Sheena Hopkins-Winston and she was arrested by CMPD whereas the same warrant for arrest with the name Braxton Winston morph into only criminal summons? As shown below both Kayla Jacobs and Braxton Winston had at least of a while a Warrant for Arrest. Who within CMPD and/or Mecklenburg County / Charlotte City Government intervened? And why? 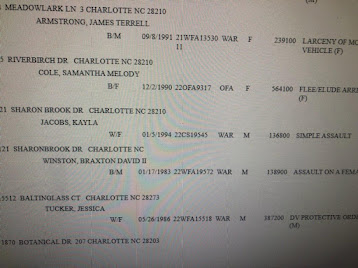 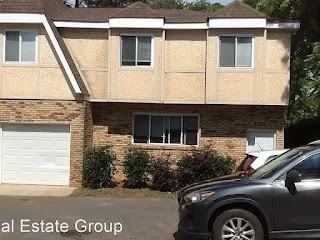 Councilmember Winston is apparently renting this run down townhouse off Sharon Road West. The address 1921 Sharonbrook Drive is visible in the video and referenced in the police computer screen shot above,.
Here's councilmember Winston on domestic violence.
Cedar's Take: In a City in which domestic violence, crime and policing are top priorities why in the world do we have a ghetto dwelling clown like Braxton Winston setting policy?
Braxton Winston needs to get his own house in order.  Winston should resign and concentrate on his kids and settle his ongoing dispute with his ex-wife.
Time for Charlotte to move on without this garbage.
As a very well respected politician noted you can't turn activists into policy makers, they are two completely different skill sets.
This is obvious when you watch Braxton Winston discuss even the most simplistic agenda items, he is so emotionally committed to radical ideology that he can't reconcile himself to the obvious correct choice. It doesn't matter that the economics are not sustainable he's all in for racial equity never mind that you can't produce equity without revenue.  Haphazard emotional fiscal policy is a roadmap to despair.
Emails requesting clarification sent to Council Member Winston's Charlotte City Email Braxton.Winston@charlottenc.gov have not been answered.

There was an arrest warrant signed out. Braxton was notified by chain of command and it was later turned into a criminal summons.

Cedar lets see the Video. I'm hearing he takes her out with a left hook and she goes down for the long count.

Braxton you are a freaking dumbass.

Should have arrested the stupid thug and left his ass in jail. Resign you dumbshit.

They are afraid of the idiot for some reason! Oh no! He may threaten to riot again! Hide you tear gas! Don't have a private conversation that might get recorded by your BWC!

Just another Thug on the daily blotter.

Description: ASSAULT ON A FEMALE

But was it changed from an arrest warrant to criminal summons?
Because he contacted someone in chain of command? WHO?
And who did THEY contact at the magistrates' office to get it changed?
I want to see the full jacket on this case, timeline and everyone that signed off--plus all the text & phone calls. And POST THE VIDEO. You can blur the kids. AWFUL. This guy wants to be mayor? He's been a complete waste of a vote and wasted during council meetings. They know where he is during the meeting. Why not go serve him?

As Jason Whitlock points out about oh so many of these BLM types: hates the tree, loves the fruit.

He's black so the law doesn't apply to him! Everyone is afraid!

Say it aint so Sherrie P!! Was you the one for real? Why did you let him go on a summons? Sherrie girl...

Remember folks... Crime is down!
And JJ will now be forever known as the Regional Chick Fil A Chief.

If in fact someone within the dept. arranged for a Summons to be issued in lieu of a Warrant then that person should be in IA. But we all know that will not happen because it was obviously a white shirt that arranged it. Nuttin to see here folks. Move along ...

Can you imagine the "uproar" if this had be Bokari or Matt Newton. They'd have cameras in front of his house and covering all this shit. But because its a black thug and his white trash coalburner HO not a thing is gonna happen. For these people it is just another day. Just sad this garbage is in charge of our city.

What a fucking dunce. I don't blame him he's just stupid. You can see where this is going, he's going to one day hit her. She'll smack her head on the pavement and die. The media will be all about someone should have done something and a lot of endless hand wringging and like with Ray Carruth some girl will be dead and someone in the case Braxton will be in prison.

He's nasty she's nasty and the Kayla girl is way nasty. Send her back to tassels and move on.

Jacobs is wearing a mask? Seriously? Where the heck is this slum he's living in? Why has DSS not taken the kids?

I thought they were divorced?

I bet Kayla Jacobs father is real proud of her living in such a fine home, cleaning up after Braxton and his nappy headed spawn. Just the life he had imagined for his Charlotte Country Day School daughter.

Hey, this boy is obviously having a tough week, what with the speeding violation, and the ex-wife causing problems. I am all for the benefit of the doubt. Being a colored man in a mixed relationship carries stress and a burden most of us do not know. The one thing about him that bothers me, is back home, the Aldermen dress to the nines. Sharp suits, or at least a sports coat. Mr Winston looks like he is ready to sail off on a cruise in most of his videos.
Can't he get a wardrobe upfit so his constituents take him seriously?

hey, at least his taxes are paid, right?

4:57 I got to agree he's a mess. I don't know why he wants to dress like a frat boy on spring break. His taxes are paid because the ex-wife got the house. lol I'd hate to look at his credit score.

Someone should start a Go-Fund-Me for Sheena Hopkins-Winston its pretty clear she's not going to get a fair deal out of this cluster-funk. Baxton is a POS wife beater and should be treated as such. Run that MOF Thug out of town.

825, I'm with you. Which side does Woke Charlotte stand on, BLM or abused women?

At least Brax is in walking distance of our old favorite G's Food Mart. Can walk down to get a coolie from the back door.

What to you bet that Braxton not only got stimulus checks but also claimed all the child credit money as well. And is still maxed out on his SNAP card?

She might be 100 pounds but she's still a noogie. Yay I feel sorry for her, but you lay down with dogs you get feas and kids. So why get all stupid and confront him with his white trash ho on her birthday no less. Come on girl you got to have more class than Braxton and that "dancer" come on file a lawsuit clean him out. And then run for city council.

Is that really where he is living?

Stupid Thug wife beater has at least been served. Lock his ass up. Vi Lyles is an enabler of domestic violence unless she requests his resignation.

Any of you men on the CLT City Council who are watching this video don't recognize that the real Braxton Winston and how he conducts himself with a total lack of empathy caring or concern for his ex-wife and still thinks he should represent the citizens of this community is nothing but a massive failure as a leader and as a man. Anyone not calling for his resignation should resign.

You want some Polynesian sauce with that?

"The number of crimes committed by members of the African American community is disproportional to the population at a 5-1 ratio. Yet the liberal masses refuse to address the fact that "The African American Community has become a culture of violence embracing criminality and gun play". Instead of addressing this core issue, they dismiss this charge as racism and white privilege."