A single engine aircraft with made an emergency landing on a Hilton Head Island beach killing a person as it touched down. The pilot and passenger were not hurt. 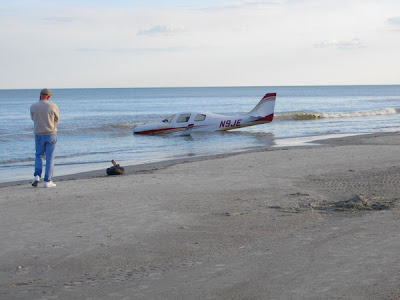 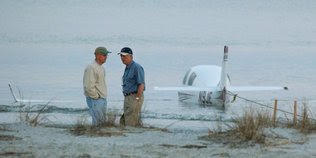 Authorities say the plane was on the way from Orlando to Virginia, and had engine trouble. The first sign of trouble was as oil leak. The pilot reportedly wanted to land at Hilton Head’s airport, but oil then covered the windshield, and the propeller “left the plane." The Beaufort County Coroner is on scene, and the FAA and NTSB are on the way, officials say.

According to FAA records, the plane is a Lancair IV-P, a fixed wing single-engine plane. The plane is registered to a Edward Smith of Chesapeake, Virginia.

Props to Holly Bounds for tweeting this developing story.
Posted by Cedar Posts at 9:02 PM