First Daughters Attire In The Spotlight Nothing New

The attention first daughters Sasha and Malia get over their lack of ceremonial decorum as the father pardons a couple of turkeys, is not surprising or new. This sort of uproar has been going on at the White House for decades. 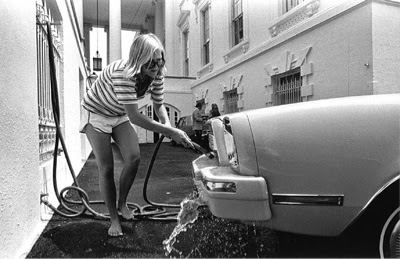 Democrats were aghast when the Ford White House released a series of photos showing then teen daughter Susan Ford washing her car at the White House complete with barely there shorts and bare feet.

By the way - The GOP would be wise to draft Susan Ford Bales for President in 2016. She's a die hard republican from a well liked presidential family, attractive, smart and lacking the baggage that comes with every other possible GOP contender.

She could very easily become the new face of the GOP that so desperately needs an image makeover.