Starbucks wanted America to talk about race, and that didn't go over very well.

I'll give you a hint, one woman who on camera said "I don't have enough time to discuss 400 years of oppression".

Another vocal Black American says that he's not going to give "whitey" a "black pardon card" no matter what is said. 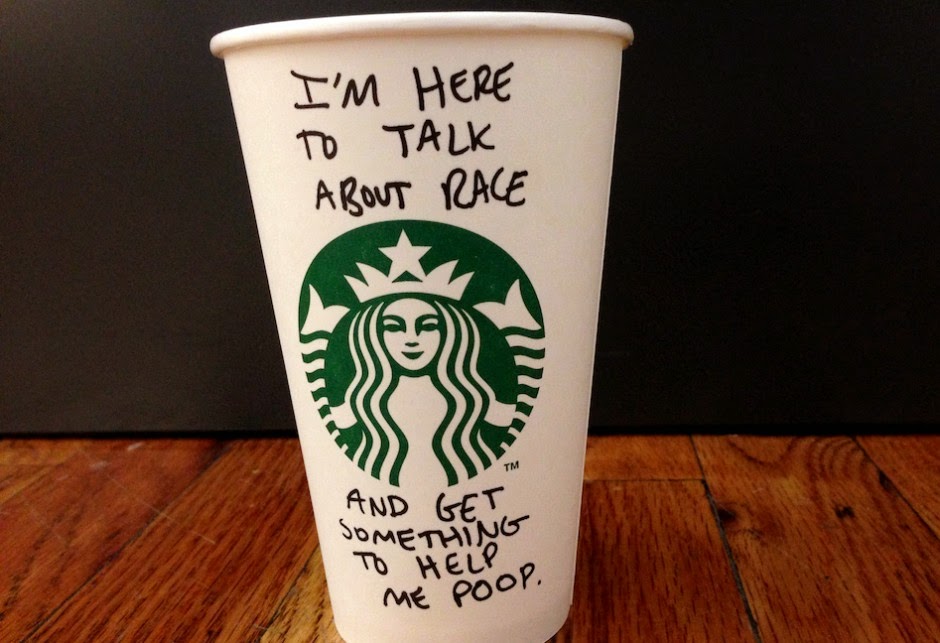 Which got me to thinking, I work in a whites only industry. Like snow skiing, scuba diving and horse racing, the yacht industry is, with very few exceptions is like snow pure white. So my interaction with black Americans, at least during the last ten years has been extremely limited.

The few that I know are some of the nicest people I have encountered nothing like the seething hatred that I've seen from the likes of Al Sharpton and Spike Lee. Nothing like the rage I've seen in images from Ferguson.

So last Thursday a black man steps over to me at the local Autobell carwash in Charlotte, having noticed my NAVY baseball cap, he introduces himself, as CPO Ray Stevens.

And for the next ten minutes we chat about ships and San Diego and Norfolk. And I find myself looking at his color, wondering why he isn't ranting about Ferguson and Trayvon Martin and hands up don't shoot!

Frankly I had forgotten that most black people are not looking for an Obama phone or raging about Selma.

As a nation we have forgotten this thanks in large part to the media and a greater part the current president of the United States who has made race a divisive issue.

But much to my surprise Ray didn't see me as Whitey rather as a former shipmate.

Jesus Christ how did we end up so divided? Maybe were are not?

Cedar's Note: I'm typing this with the help of Dunkin Donuts Coffee Large No Sugar Extra Cream.
Posted by Cedar Posts at 8:45 AM

If you are thinking that getting a fence around your house will ruin its look then you are wrong as there are a number of fences option available in the market which can improve the look of your house. One of such option is chain wire fencing. yard fencing