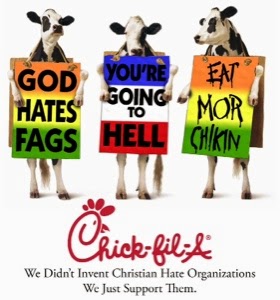 While activism is generally a good thing one has to question how these elected officials have so much free time on their hands as to concern themselves with pretend crisis as well as pemote needless laws and regulations.

LGBTQ people are represented in all walks of life in every corner of North Carolina, as business owners, teachers, parents, people of faith, and even as mayors. As North Carolina’s openly gay mayors, we write to thank you for your leadership in opposing SB 2 (Magistrate Refusal) and HR 348 (RFRA) in their current forms. Our community was heartened by your comments that RFRA laws “make no sense” and your reaffirmation that government officials have a duty to carry out their constitutional oaths. To echo former Governor Jan Brewer of Arizona, a conservative Republican who vetoed similar RFRA legislation last year, we believe the values of religious liberty and nondiscrimination to be core values of our state.

The State of Indiana has faced swift and costly backlash for its RFRA legislation. Tech giants Apple, Salesforce, and Angie’s List, as well as organizations like NASCAR and the NCAA are pulling or reconsidering tens of millions of dollars’ worth of investments there. The social implications of these laws are bad enough. North Carolina cannot afford adding a new level of economic uncertainty as workers struggle to get back on their feet after a long recession. We ask you to stand strong and commit to vetoing SB 2 and HR 348 should they reach your desk in any form.

Further, we ask you to join the growing bipartisan support for pro-equality legislation. In 2011, your Republican colleague, Governor Brian Sandoval of Nevada signed an ideal set of laws protecting against discrimination in employment, housing, and public accommodations based on sexual orientation and gender identity/expression. This year, Governor Gary Herbert of Utah signed anti-discrimination protections with the support of the Mormon Church as well as activist groups. LGTBQ people in North Carolina need your leadership and support to end legal discrimination in our state.

We share your concern that laws like Magistrate Refusal and RFRA are disturbing attempts to deny rights to citizens granted under the United States Constitution. Similarly, we believe a commitment to securing full citizenship rights for all requires that we respond to and act in support of the transgender community who add greatly to the wealth of experience in North Carolina; to that end, we commit to being a resource to help you connect with and learn more about the struggles of the transgender community.

We hope that as we move forward, we can count on you to be a leader for a vision of a North Carolina where all can live, work, play, and pray in peace. That requires an end to discrimination in public and private employment, housing, and public accommodations, as well as safe and affirming public schools. We would be grateful for the opportunity to discuss that vision with you at a time and place of your choosing.