CP tends to avoid news of national interest. But it is just too prefect when the national media jumps on a story and before the facts roll out, the President jumps in with "Cool Clock"
In the past he's accused cops as acting stupid, claiming if he had a son, he'd look like Trayvon Martin; claiming just about anything to make himself relevant.
As before once the facts sort out Obama looks rather uncool. 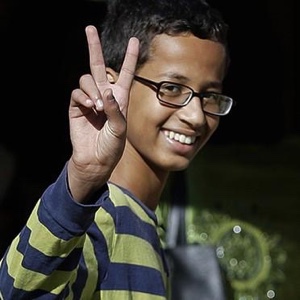 Turns out Ahmed Mohamed is a pawn in his father's quest for fame and media attention. 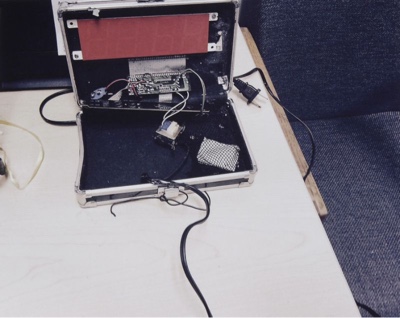 The "cool clock" kid received an overwhelming amount of praise for his ability to build a clock.
Obama, Hillary even Mark Zuckerburg weighed in on the kids's amazing talent.

There's even a go fund me style account that is well on its way to raising one hundred thousand dollars for the computer wiz kid.
But the sad truth is Ahmed didn't build the clock, rather he took a 1980s style radio alarm clock out of its case and mounted it in a small metal pencil box. 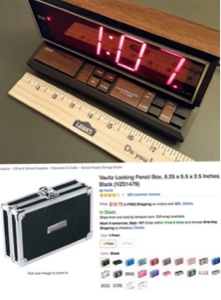 Taking an 8 inch clock and sticking in in a 8 1/4 inch box is certainly creative, just not worthy of a scholarship to MIT. Or an invitation to The White House.
Posted by Cedar Posts at 12:55 AM

The facts in this story get more bizarre by the minute. From everything you mention in this story plus the wires tied to the handle, to the alarm going off in English class after his engineering teacher told him not to carry it around. Then there is the kids father who posed as the Quran attorney in that Florida mock trial, resulting in the Quran burning and the fact that his father also ran for president of Sudan 2 times previously. None of it passes the smell test.

And he consciously chose to share this 'clock' on the first day of school after 9/11/15...

Cedar, please bring us all up to speed on this story ... now the kid is going to the UN to meet international dignitaries? Surely our leaders and tech companies of the world are smart enough to know a manufactured clock transferred to another case, but this invented clock narrative is still going strong, so what is the real deal?

This interview with the mayor of Irving Texas, where this incident happened Is insane!!!

Wow. Just wow. Why isn't MSM reporting on this properly?

Should he go to the White House, I hope Ahmed tells Obama "If I had a brother he'd look like that kid you drone-bombed".