'Shut The Hell Up A Florida woman posted a photo of (presumably) her chocolate Labador Retriever with its mouth taped shut. 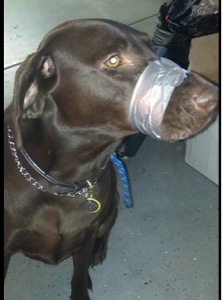 The result was predictable. A firestorm followed and the image went viral within hours. Police finally tracked the woman down. No word on any charges but the national shaming continues.
My two Labs only bark for food, water or when they have to go to bathroom and when the UPS truck starts down the street, deer show up in the yard, garbage truck, neighbors, wind, international Space station overhead.....
Bottom line Labs bark it is a purely joyous sound I would have it any other way. So if you don't like barking get a cat.
Carolina Panthers fans wake up this Monday morning being the "only" undefeated NFL team and the sobering reminder that "All Glory Is Fleeting" after a late night thriller played out in Denver. 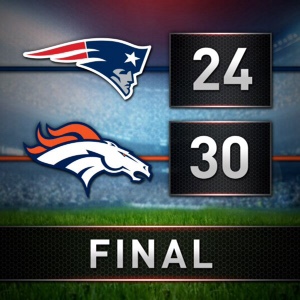 If Carolina could only get Cam Newton to tone it down a notch.
Please Sir I Want Some More It's that time of year when Celebrities, Sports Figures and Presidents show up for carefully crafted photo ops, while slopping out gruel at some local homeless shelter. 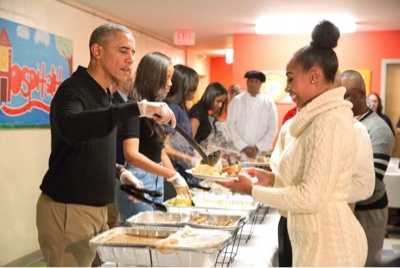 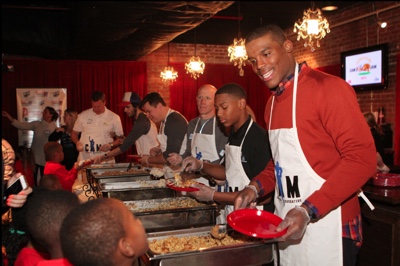 But are these "staged" well scripted events really community service? Hell no! If Cam Newton wants to serve the public try bell ringing!
Take a four hour shift in front of Walmart ringing a bell for the Salvation Army's Red Kettle drive. Pick the coldest rainiest night and ring the bell til your ears echo, til your feet are numb and say Merry Christmas a thousand times.
That's community service.
These staged acts of kindness are such amature displays I'm always shocked at how the press "eats it up.
Christmas Decoratations need not be elaborate or expensive to convey the meaning or the emotion of the season. 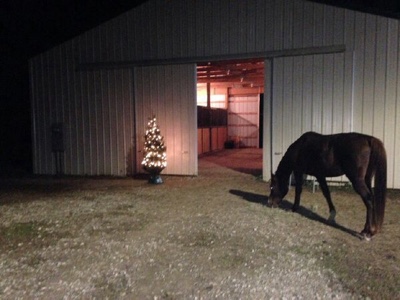 The Cedar Niece took this photo last night before the rains came. Her idea of decorating "the barn" for Christmas.
Posted by Cedar Posts at 4:15 AM

The Obama's are serving some of the nicest dressed and done up "homeless" people I've ever seen! Maybe it was just the White House staff luncheon or something?? At least sCam got to serve a few kids who I'm sure were excited to see him.