Daquan Westbrook did not have to die, but when his culture of violence collided with stupid the result was predictable.
Pull a gun in a mall and your chances of being killed by cops is pretty good.
The facts are hazy but it seems a couple of rival groups like hanging out at the NorthLake Mall. (CMPD likes to call them "groups" because they are not willing to give them gang status.)
These so called groups apparently had a running feud that mainly included a lot of thrash talking and insulting each other's mother. On Christmas Eve of all things someone perhaps Westbrook who calls himself "Donkey Cartel" (Seriously that's his street name) pulled a gun and fired off a couple of rounds and ran into the back of a nearby store as the other party returned fire.
Emboldened by his good fortune of not being shot the gansta wannabe decides to exit the store strutting around a display rack and pulling his weapon from his pants. 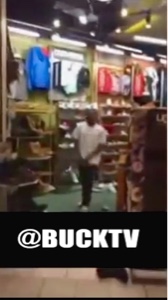 The mall shooter is a moving threat he will not be given a chance to fire the weapon again and is targeted center mass and the threat is terminated.
Donkey has a bunch of friends who are upset that he wasn't given a chance to surrender. A few are saying he didn't shoot his weapon at anytime. That the shooters were long gone by the time the police arrived. If that's the case then stupid is to blame.
So why does stupid happen?
Black America embraces this culture of violence that glorifies rappers are super heroes. A culture where thugs are considered gods, mugshots as badges of honor and having fatherless children as a status symbol. 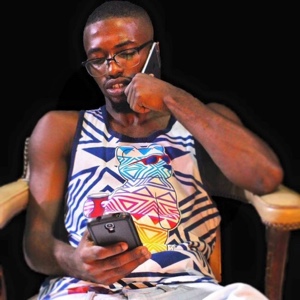 You can't change culture wether it glorifies violence against women and having piles of cash or skipping work for a powder day in Aspen. You can't change a lifestyle than is glorified since birth that you are surrounded with, a lifestyle of thuggery and violence.
Donkey Cartel's friends and family will say police over reacted and demand to see the video, crowds will shout from the streets no justice no peace.
All to no benefit, because the madness won't end until Black America rejects their culture of violence and jackasses like Donkey boy realize that sticking a gun in your pants to head off to chill at the mall isn't acceptable, it's stupid.
Posted by Cedar Posts at 3:33 AM

Play with matches and you will get burned. This wannabe, got his just desserts.

Definitely a Darwin moment. Look at the positive side.... Wont have to house and feed him at tax payer expense anymore when he has his "Trying to improve my life" moments.

I'm just waiting for the "why didn't they just tase him, they didn't have to shoot him" crowd to latch onto this after their holiday break. I suppose it all depends on the ethnicity of the officer responding, which is the cornerstone of any respectable shooting investigation.