In Case You Missd It: With Monroe Gone CMPD Sergeants Get Back Some Of Their Authority 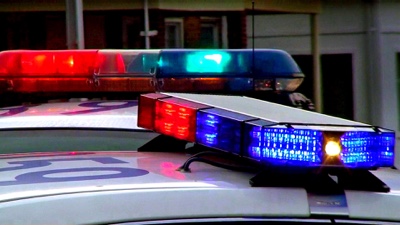 From that local paper without those pain in the ass full page pop ups:
Every week, Charlotte-Mecklenburg police leaders hold CompStat meetings at the department’s uptown headquarters, where they crunch crime statistics, determine where to place officers and develop crime-fighting strategies.
But as crime has ticked up in the last year, Charlotte-Mecklenburg police are looking to take more of those discussions from the conference room and onto the streets.
The department is empowering patrol sergeants — front-line supervisors who usually supervise small units of officers — to come up with more crime-fighting tactics, and then implement them during shifts, CMPD Chief Kerr Putney said in a recent interview.

It’s one approach that Charlotte-Mecklenburg police are using to contend with rising violent crime. Crime was up 10.6 percent through the third quarter of 2015. Violent crime was up 17.6 percent. Aggravated assaults, the most violent attacks that typically involve a weapon, were up 19.2 percent. And Charlotte saw 62 homicides in 2015, a 6-year high.
Police are doing a pilot program in two of the divisions with the most violent crime — North Tryon and Metro, which both border uptown. Combined, the two divisions were responsible for about a third of the city’s homicides. Police say they make more drug arrests in the Metro division than in any other division.
If thieves are robbing people at a certain bus stop in the early morning hours, sergeants can shift patrols to try to track down the assailants. The sergeants can also call in reinforcements from other divisions, shifting the city’s police presence to an area where more crime is happening.
“We are shifting toward our patrol officers, who see the divisions up close every single day, to develop plans to keep those divisions safe,” said Capt. Rob Dance, who oversees the North Tryon Division. “By the time I come up with some grandiose plan at my office a day later, the crime trend has already changed.”
Empowering sergeants is part of a decentralization trend CMPD started under former Chief Rodney Monroe. Monroe created a new rank — at first they were called response area commanders, now they’re called lieutenants — who are responsible for policing a third of every police division. The lieutenants are responsible for their response area 24 hours a day and a big part of their job is responding to emerging crime trends.
“The way to be a more effective organization is to be more innovative and more responsive,” Putney said. “We started it at the level of lieutenant, now it's time to take that next step. The lower level you can push that responsibility down to, the better we will be as an organization.”
Cleve R. Wootson Jr.: 704-358-5046, cwootson@charlotteobserver.com, @CleveWootson
Read more here: http://www.charlotteobserver.com/news/local/article54549920.html#storylink=cpy

That is what every large organization needs... More middle management!!

King Putney is only looking for more scapegoats not actually ideas or accountability. If he is wanting crime fought then why does he do away with the enforcement of equipment violations? Why does he continue to put those who are grossly under qualified into specialized assignments? Oh, I know why...never mind!!

Oh and has anyone else seen the photo of the top tier of CMPD management mugging with Kevin Hart and Ice Cube? The photo needs no caption or comment.....

Anon: Jan 19 and Jan 20. I couldn't have said it better myself. When it hits the fan, you can bet he gets someone to be the fall guy. Plus if your black or a member of the pink mafia you got it made in the department. This is true of being black by getting hired as you have an active 50B or a suspended license. Fighting crime in Charlotte us a joke.

I see the fudging of the numbers on the crime reporting system hasn't changed. The lying continues on the reporting in NIBRS.