A Greensboro North Carolina man was killed when the single engine plane he was flying crashed just after 6:30 Thursday evening, in rural Union County North Carolina.

The scene of the accident just north of Marshville is surrounded by wooded acreage and cleared pasture land. The location, just off Tarlton Mill Road near New Salem Road is about 14 miles from the Monroe Airport.

Union County Sherriff's Office identified the pilot as 68 year old James Howard Cook of Lexington, North Carolina. Cook a retired pilot for Richard Childress Racing had flown a client to Daytona, Florida earlier in the day and was headed home when the crash occurred.

Investigators said Cook was the only person on board. 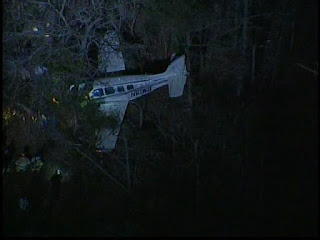 The plane, a 1983 Beechcraft Bonanza A36 left Daytona Beach Florida around 3:50 heading to Lexington, NC.

Data shows Bonanza N61WB's flight path was on course for Lexington (KEXX) North Carolina. Based on Air Traffic Control data the flight was normal, flying at 7000 feet until around 6:28 when the aircraft began losing altitude.

According to flight data the aircraft slowed and started a descent just north of Marshville around 6:28. The flight continued north then turning west as continuing to lose altitude.


Radar contact was lost at 6:38 as the single engine plane descended below 1500 feet on a westerly heading. Apparently trying to make Monroe Executive Airport (KEQY) runway 23.

Cedar's Analysis: Based on Flight Aware data it is pretty clear that there was some sort of power failure either partial or complete. Flight data was nominal with only routine adjustments in speed and altitude until 6:28.

From 6:28 on, the altitude and speed indications show descending controlled flight  In short the pilot made a courageous effort to make the airport in Monroe.

Given the unfamiliar terrain there was little else he could do. From 7000 feet he had a maximum glide range of 14 miles still ten miles short of the airport. The Bonanza has a high approach to landing speed around 85 knots and optimum glide is 105 knots giving a 2 mile for every 1000 feet of altitude.

Depending on the fuel load and other factors the speed at impact somewhere between 50 and 70 knots may or may not have been survivable.

Given the pilot's age some sort of medical emergency will need to be ruled out.

Cedar Update: Several media sources now saying "the pilot had radioed that he was having engine trouble".  Which would match with the fact that CMPD's Helo Snoopy II was asked to assist in locating the downed aircraft. Sadly there are two grass runways within a mile of the crash site.

Cedar Note To New Media Types: The FAA does not investigate aircraft accidents that job falls to the NTSB always. No exceptions. Ever!

Cedar's disclaimer, I'm not an incident investigator just a 2000+ hour pilot with about 500 hours in high performance singles including Beech F33-A36 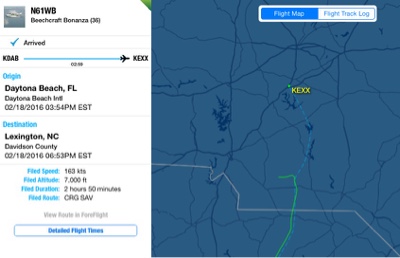 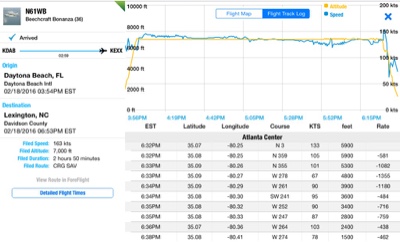