It is hard not to judge, but what sort of idiot would take to the streets crowded with 100s of police officers while "riding dirty" with a pocket full of heroin? Apparently quite a few didn't think anything of it. But, Antonio Burris took stupid to a new level by repeatedly taunting police all the while "holding" heroin and the proper "drug paraphernalia" to take a hit or too if the night got too stressful. 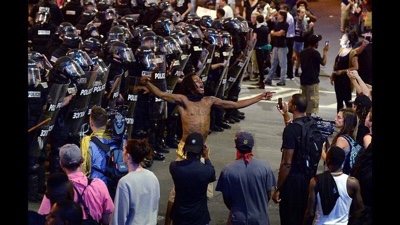 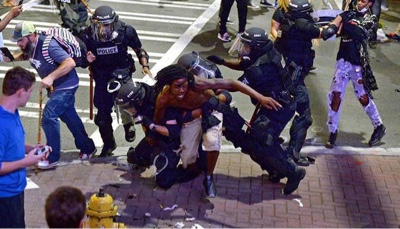 Seriously you have to be a zombie not to care that any one of these officers might pull your sorry ass over one night.

Riots and Looting is all fun and games until someone decides to "settle a beef" figuring in all the confusion no one will notice, that you just "popped some muther funker dead in the head".

Busting a cap in a crowd might have seen like a fool proof cover, except Charlotte is video camera nirvana with cameras, hundreds of them focused on Uptown streets.

First CP wants to acknowledge the unknown bystanders who rushed to aid the mortally wounded Justin Carr as well as CMPD Officers and Medic who stepped up to try and save his life. 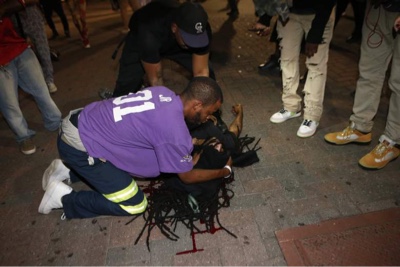 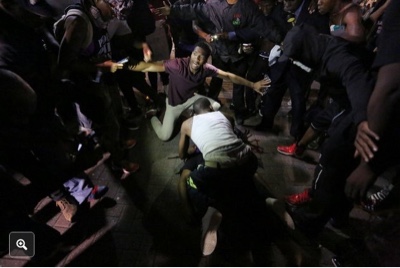 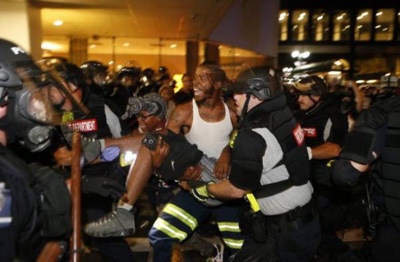 The thug who apparently (taking the innocent until proven guilty high road) pulled the trigger Rayquan Borum is no stranger to CMPD or the courts. Another human turd who avoided prison thanks to a Justice system that never really dealt with his crimes. Sure the cops arrest him and the revolving door just dumps him back out on the streets to reoffend with ever increasing violence.

Once again proof our judicial system is out of control.

Zombies that walk all night past curfew and even with the curfew in place the "command" staff refuse to take action against them. I'm glad SHP gets to see how big of a pussy organization we are!

The same curfew the Fire Chief demanded of the Mayor and then after she signs it and makes it law tells her it really isn't needed. Pressure from the Chamber sure does make a couple people jump in this town.

No doubt this Hommie-cide will be handled as just another misdemeanor murder by our DA's Office. Just a Hood Rat exterminating another Hood Rat.......

That's the problem. These dirt bags are never held accountable for crimes they committ. Why wouldn't they keep doing stupid shit if the criminal justice system lets them.