A little suggestion and word of caution for the nation's Liberal Minded Millennial Moonbats.

I realize that your world has imploded and the Orange Cheetos guy is signing Executive Orders faster than you can process the "carnage" of despair and change. 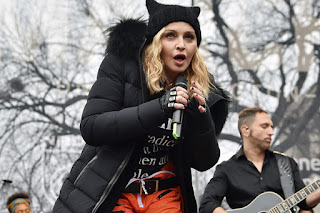 So let's not make some really bad choices just because Madonna says "I've been thinking about blowing up the White House" or because former actor Shia LaBeouf  goes on a rant and gets arrested, which you think is seriously cool. 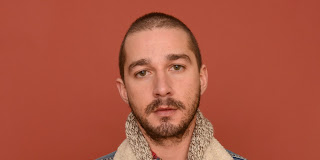 Its not! And Madonna is a idiot who hasn't had a serious hit in 3 decades!

Your "role models" have millions of dollars in savings and homes in the USA and elsewhere, they also have a lifetime of royalty payments ahead in their future and YOU DO NOT!

Getting arrested no matter how minor the charge or how worthy the cause will diminish your earning potential for the REST OF YOUR LIFE!

Resisting Arrest, Disorderly Conduct, Public Urination, Destruction of Public Property, Inciting a Riot all sound like badges of honor from your perspective but on a resume' it is someone who is doesn't adapt well, who is not a team player, who fails to accept criticism and can't be trusted.

As this old guy (The person you'll interview with for that first real job after college) would note your arrest paints a picture of someone who stands a good chance of "going postal" if you don't understand the "going postal" reference ask your parents or better yet here's a primer GOING POSTAL.

That is all, peace out!