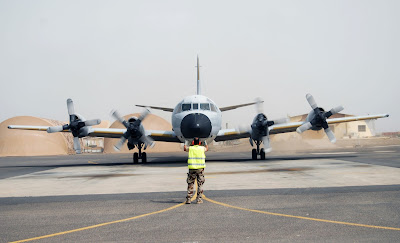 Someone asked the other day about Cedar's "call sign" we'll get to that later. No its not Cedar Posts. But what a great call sign, that would be tied to how I flipped a T-38 while landing a little too hot and merged with a line of Cedar Posts and Barbed Wire Fence. The story would go something like this.

Sidebar: Its "Barbed Wire" even if y'all myself included say "barbwire".

So I get this email from a bunch of Navy guys down in Jacksonville. They are looking for a place to stay in Charleston and stumbled on to one of the many boats we rent for charters, overnight stays and harbor cruises.

I was interested in renting out the your yacht from 02-04 February.

It would be for myself and 3 of my friends. We are heading to Charleston for my friend's wedding. We are all senior Officers who fly for the United States Navy, ranging in age from 32-37. There will not be any pets, kids, and none of us smoke.

Would a flat rate of $350/night be available by any chance as we are on a slightly limited budget. We Would really appreciate renting your incredible yacht for Thursday night through Saturday morning and will make sure we take good care it.

If you would like any official U.S. Navy gear let me know and will bring it up from Naval Air Station Jacksonville!

Thank you for your time.

Typical NAVY guy all super polite and professional. So of course I say yes. But I do note that his call sign is "Gel".

Most call signs are given early on, some stay forever "Sully" the US Airways pilot who "ditched" his Airbus 320 in the Hudson River, earned his call sign early on as an Air Force Cadet, a play on his name Sullenberger. Much like Lieutenant Commander Tim Meyers below. 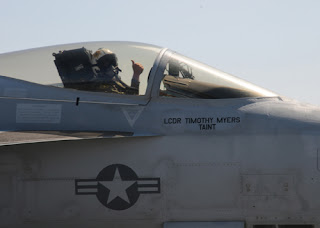 However not all play on names call signs are as glamorous. 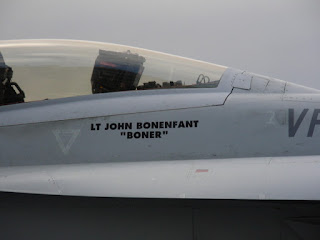 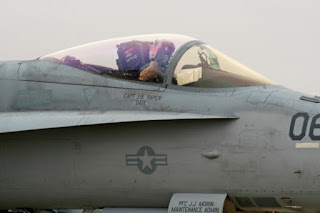 Female pilots are not exempt from "uncomfortable" call signs. 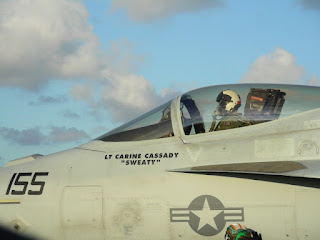 Many a pilot has lost a good call sign for a less than attractive one, "Ace" became "Crunch" after he backed a tug into his own aircraft thinking he knew were reverse was and "Mad Max" became "Harpo" because he was constantly telling people how much he loved Oprah Winfrey. Harpo is as you may know Oprah backwards.

The name "Fingers" stuck to me from day one. I made the mistake of jokingly spinning the dial on the paymaster's safe while standing in line while he wasn't looking and much to my shock and dismay it opened. Nothing I did could get it to close. The weight of the reinforced steel door and it not being level kept it swinging open. I'd push it back he'd glance my way and just as he looked the other way it would start to swing back open. Those in line were dutifully surprised and humored at my sudden predicament, and so my "Fingers" call sign was born thanks to my safe cracking skills. So there you got, that's my story and I'm sticking with it.

Sailors and Marines like it or not are joined at the hip, the Army (Girl Scouts) gets some respect and the Air Force (Chair Force)? Seldom do they see any respect. So to those that are confused here a primer, you'll see what I mean. 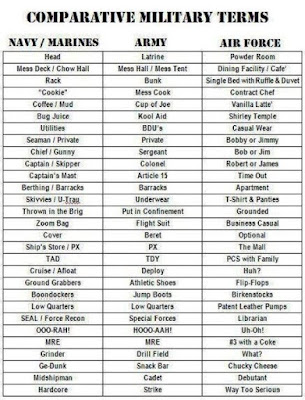 Its not that cool he probably got that name from using to much gel in his hair or something to do with that. If you think its cool to be a spoiled navy brat that probably has rich prick parents that helped them get to do whatever they want. In the process destroy as many women's hopes and hearts as possible. Being abusive to each other and people bulling them and harassing them to get to where they want is cool. Hurting other people and making them into the heartless players like them or making them want to kill themselves. Hanging out at gay bars and other bars all the time. Staying with another man and being there for them but not people that really need it. Getting a girl that just wanted to hangout and see about being together and ripping her clothes off and not stoping when she refuses and pushes away and says no because she didn't want him just using her and her body for sex only his 2 sec of.then leaving and not contacting her again and making sure she knows after going against what she did not want him using her for letting her know he wasn't going to be with her or do anything for her when she needed it not helping with bills food or ride or temp place when it was available. Instead going and paying for other people and parties and tons of alcohol because their so selfish from being praised so highly by everyone just for being in service even if their not really doing much but are allowed to get away with the abuse because of that. Really they are just selfish dick assholes who don't give a shit how they affect other people. Like many other military people I have known in Jacksonville guys they just get on the girls when they are drunk or high and messed up from already being so abused and neglected and date rape them when they are passing out or already and many times getting them pregnant many of them under age. Some stay with them because they are having a kid but most don't and it ends up destructive and destroying someones life usually the girls.

Well then, I guess someone had a bad experience dating Tom Cruise.

I for one and most the NAVY guys I know never had a hook up that was the result of a drunk woman or underage girl. In fact, I can name every girl/woman I've slept with, (sort of) many were long term relationships and a few where short, very short. The list is long and distinguished but I remember them all. Some I'd wish I could un-fuck. Some I'd hook up with again given the chance, but I still love them all.

I have employed at one time or another Mexican labors, and currently have two girls as crew members one a Muslim from Uzbekistan and the other a Christian from Kazakhstan. (Who by the way hates Sasha Barron Cohen's fences