This is a work in progress and is unedited (Cedar has a real job)
Apparently there is a wide ranging quid pro quo with regards to the CIAA
Beyond free tickets for elected officials, look the other way directives from certain CMPD brass and free permits for venue operators. There's a reason the CIAA is the only collegiate tournament still standing post HB2.
Say what you like about the CIAA but it brings in millions of dollars to Charlotte's economy never mind that every year drugs, and gun violence come along for the entire week in support of basketball and honoring thug life. 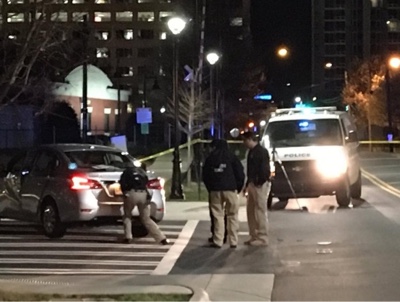 Almost comical the local media call it "gun play"
From the local paper:
The city’s role as host of the CIAA tournament took a bruising this weekend, when two violent incidents occurred within six hours and just a couple blocks apart from each other.
In the first, as many as 100 shots were reportedly fired early Saturday evening in uptown along the 600 block of North Caldwell Street.
It happened about 6:30 p.m. near the intersection of North Caldwell Street and 8th Street, which is a part of town filled with residential buildings, including the First Ward Apartments. The timing was just a half hour before the men’s championship game of the CIAA was to start at the nearby Spectrum Center.
Read more here: http://www.charlotteobserver.com/news/local/article135077249.html#storylink=cpy
Multiple apartment units and vehicles were struck by bullets, officials said in a statement released Sunday morning, but there have been no reports of injuries.
Investigators were canvassing the area Sunday for witnesses. “Several dozen” shell casings have been found at the scene, police said.
It’s believed the shooting took place in the roadway and did not occur in a nearby apartment complex or any tented events. Some social media posts were saying a “street party” was going on in the area at the time. 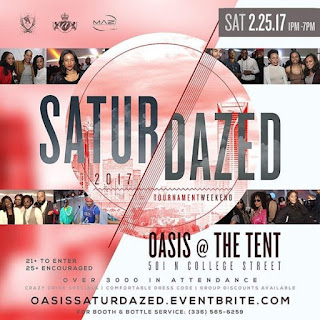 The Oasis Tent nearby has been the scene of past stabbings, nearby shootings and dozens of violent altercations. Yet CMPD Officers are apparently under orders to "look the other way" when it comes to patrons of the Oasis Tent. Seems the venue has a connection to CMPD that the main stream media doesn't want to go to the trouble to connect the dots.

Cedar's Take: Its the over look the small stuff police policy that leads to more serious crimes. When its ok to smoke weed and openly sell drugs in small quantities, being drunk and disorderly, public urination all over looked.
Regarding Saturday evening’s shootout, several national lifestyle websites – including The Source, XXL, Complex and BET – reported that one of the targets was a rapper who goes by the stage name Young Dolph. Charlotte-Mecklenburg Police declined to say whether he was in fact involved.
Dolph reportedly performed at an unofficial CIAA-related party at Cameo Charlotte nightclub later that night. Attempts to reach his booking agent were unsuccessful.
In a separate incident, a Charlotte-Mecklenburg Police officer and an N.C. Alcohol Law Enforcement officer were hospitalized with minor injuries just after midnight Sunday morning, after being struck by a suspect fleeing the scene of an investigation on North Caldwell and Sixth streets in uptown, CMPD officials said.
Det. Matt Lewis, a Charlotte-Mecklenburg Police Department officer and Shelby resident, was hit by a car during an investigation on Sunday in an uptown Charlotte parking lot.
Charlottte-Mecklenburg police are investigating the incident in which Lewis and and an Alcohol Law Enforcement officer were hit. Both officers were taken to Carolinas Medical Center in Charlotte with minor injuries. No one else was hurt during the incident.
As of Sunday, Lewis was back home in Shelby, recovering and resting, said his wife, Sally Hamrick Lewis.
"He called me from the back of the medic truck because he thought it would be better if it was him instead of someone else (to call me)," she said. "His partner and some others kept me updated while my dad drove me up to the hospital. I was just thankful to be able to bring him home."
Detectives arrested Jerel Manvil Rhoades in the case. He's charged with two counts of assault on a law enforcement officer causing serious injury, two counts of felony hit-and-run, carrying a concealed weapon, DWI, reckless driving and hit-and-run.
The officers were conducting an investigation around 12:07 a.m. at Caldwell and Sixth streets related to contraband found inside a vehicle in the parking lot, according to authorities.
Investigators said Rhoades entered a vehicle and drove away during the investigation, hitting Lewis and an ALE officer in the process. At least one ALE officer fired a shot and Rhoades fled the scene, police said. No shots were fired by CMPD officers.
Officers set up a perimeter and took Rhoades into custody a short distance away at Brevard and Seventh streets.

Police have charged Jerel Manvil Rhoades, 37, with two counts of assault on a law enforcement officer causing serious injury, two counts of felony hit and run, carrying a concealed weapon, driving while impaired, reckless driving and hit and run.
Neither incident was related to any official CIAA-sanctioned event going on in uptown Charlotte, police said.
It's that final statement that is just stupid.
Here's a hint that

As the old saying goes...... You can take the _______ out of the ghetto but you cant take the ghetto out of the _______ . As long as our elected officials continue to promote this garbage and try to soften the impact of the violent crimes with the tired old its "Not directly related to CIAA events" the longer it will continue. Time to show this traveling circus the road out of town.

Good luck on getting the traveling circus the road out of town. The CMPD command staff and city council aren't going anywhere. There are to many kickbacks and everyone has dirt on somebody. This is how they manage to stay in there current positions and to move up. Plus there is no integrity within the department. The whole department are really nothing bunch of asshats.

The mayor and council are too busy working on the important issues like penises in the little girls room and pandering to the illegals...

Don't worry--the CIAA personnel say this event and shooting had nothing to do with the CIAA.

This is great news because it lines up exactly with the local news and idiots on City Council and CRVA who keep giving them our money.

Putney you spook. I'm glad to see an increase in crime in Charlotte. Nothing against the victims, just you and the rest of the ass clowns that consider themselves in positions of so called authority.