Just wow, beyond the media spin here's some crazy stuff going on in Charlotte with shades of Charlottesville and Durham.
First up an Ad in creative loafing, a similer post has been appearing on Craig's list.

Over at Lowes and Home Depot a fresh supply of Tiki Torches. Just an odd coincidence? 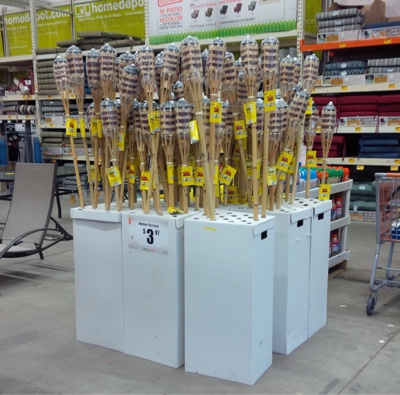 In Durham Antifa supporters pulled down a statue in memory of lost boys of the civil war. 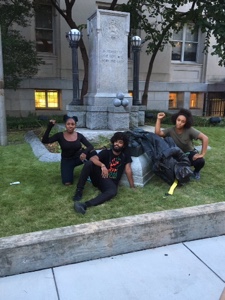 They did so after Durhams new female police chief ordered Durham PD officers to stand down, noting the the protesters where on Durham County property and that was not their responsibility. 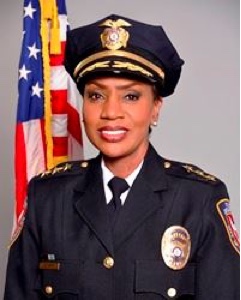 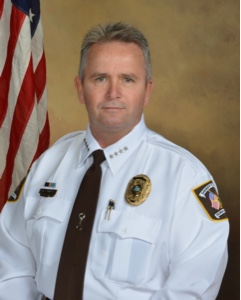 In Charlottesville the largest gathering of white supremacists in 30 years showed up. Two years ago a KKK skin head neo nazi March or rally might have garnered 6 nut birds but removal of confederate statues has been a call to arms for the atl-right. Nearly 250 tiki torch toting marchers peacefully rallied around a statue of Robert E. Lee 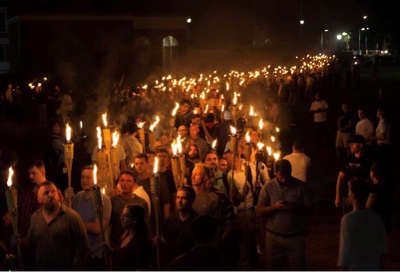 But the next day things turned ugly when BLM and Antifia supporters physically confronted the large group of Alt-Right protestors. 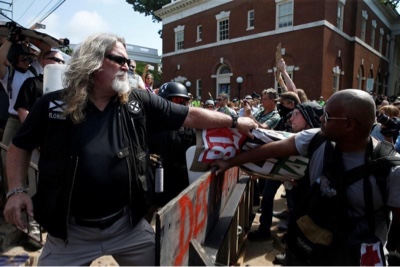 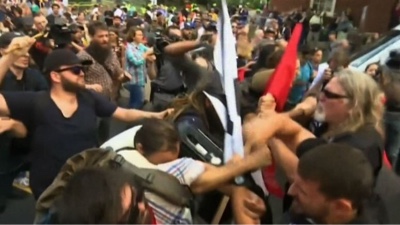 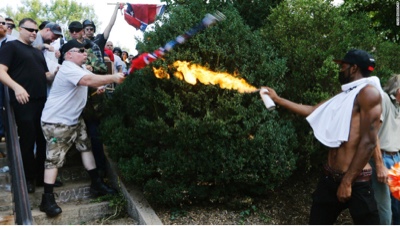 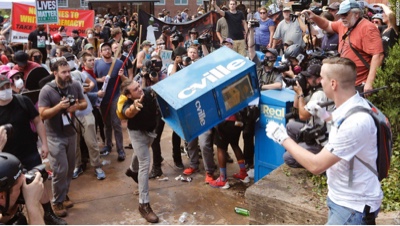 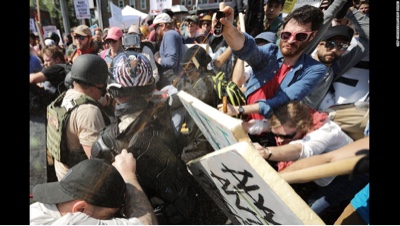 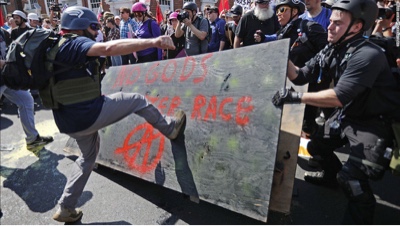 Cedar's Take: If you don't agree with the liberal media driven left you must be a racist. If you don't think we should remove all the confederate statues erected 100 years ago you must be a racist. If you support Donald Trump you must be a racist.
If you don't agrees with all the wacky nut bird left ideology you must be a racist.
Label me a racist then, because I think that the BLM Antifa groups are hate groups as much as and in many cases more so than the KKK and other skin head white nationalists.
What I saw of Charlottesville was a peaceful tiki torch protest about the removal of a bronze statute and renaming of a small urban park by a group of whoever. Which was followed by a day of confrontations between two group that should have resulted in 100s of arrests. The White Supremacist and the BLM Antifa crowds should have been arrested. The result of inaction of the part of the Charlottesville police department, governor of Virginia and the mayor of Charlottesville and the random action of one young man culminated in the death of Heather Hyer.
A chain of events that spiraled out of control.
In Durham the inaction of a black police chief resulted in the destruction of a statue erected to acknowledge the lives of so many young men lost during the civil war. This was not a statue that represented slavery or white supremacy simply a gravestone honoring the dead, erected 125 years ago as a way of healing and moving the nation forward.
A community that came together and funded this small monument and statue to honor not the cause or slavery just those young men who lost thier lives in the Great War 150 years ago. The actions of those who destroyed this memorial are as repulsive as vandles kicking over headstones in a cementary,
North Carolina Govenor Roy Cooper is now suggesting that all confederate memorials and statutes be removed across the state. His actions like all politicians as simply talk to build his standing with the political left and the media, never mind that without North Carolina's republican controlled statehouse it will never happen.
But it is troubling because it just adds fuel to the fire, and emboldens the Antifa thugs who have no purpose but to cause havoc and destroy property.  Cooper is that idiot kid you knew in elementary school who couldn't resist poking a stick into a yellow jacket nest at the far end of the baseball field only to get stung so many times he needed to visit the emergency room.
Crazy people and politicians the statues don't bother anyone, you'd be wise to leave them alone because they are not your personal punching bag. If you think they respresent slavey and bigotry as well as racisim that's fine, but just because you think it doesn't mean you are right.
Posted by Cedar Posts at 1:50 AM