A mass of media trucks and cameras descend onto a Charlotte city street rushing to cover the latest gun play carnage. They weave through traffic, press into the crime scene as far as Officers and crime scene tape will allow, then set up shop to stare into the lens and yap yap facts and rumors on into the night.
But where are they? Where is the latest pool of blood and grieving family members tonight?
Depends on who is reporting. 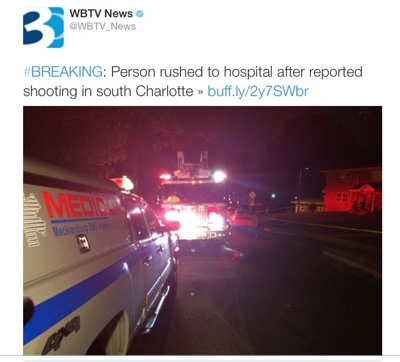 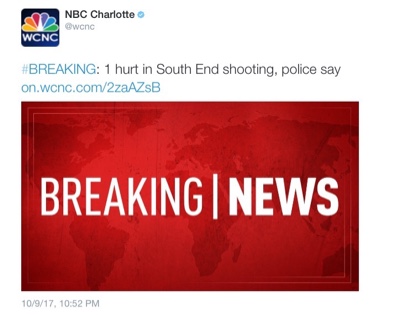 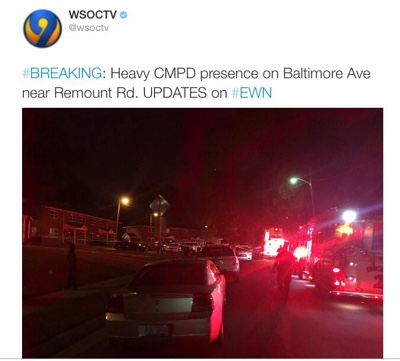 South Charlotte, says WBTV, South End says NBC Charlotte, South West Charlotte says WBTV's Ron Lee and WSOC opts for cross streets.
Charlotte's news media and their directional idiocy is nothing new. Years ago Observer editors tried unsuccessfully to map out Charlotte and define with color ink markers, what was South Charlotte and were Uptown ends and NoDa begins.
A list of neighborhoods and general descriptors such as Cotswold, SouthPark and Myers Park seemed simple enough but Dilworth, South End, Segifeld, and Freedom Park overlapped. Who knows where Derita is anymore?
The Cherry Neighborhood known to Charlotte residents who grew up here is unknown to most newcomers. When the Cherry Neighborhood Association tried to build their brand as many other neighborhoods have done, they immediately saw an ugly push back from Myers Park residents. Signs that sprang up overnight along the Queens Road entrances to Cherry were promptly removed, pushed father back into the side streets.
Southeast Charlotte is not Matthews except Matthews is in Southeast Mecklenburg County seems to confuse even veteran news crews.
East Charlote is not the same as University Area yet both are commonly interchanged. South Charlotte can run from Morehead Street all the way to the South Carolina State line by some reports.
The result is confusion, and some really angry neighborhood advocates, who claim that all crime is reported as East Charlotte but traffic accident is reported as WT Harris.
The trouble is a rapidly expanding city with little planning. Providence Country Club vanished as an area and became Waverly overnight much to the disdain of residents who call Providence Country Club home.
The effect is an immediate decline in property values, as homes along Providence Country Club Drive were suddenly associated with the Waverly traffic bottle neck.
Then there are the lost neighborhoods and communities. You'd be surprised that Sharon once was a town with an elementary school, post office, hardware store and gas station and not much else.
Gone as are Dixie and Juneau North Carolina. Rama, Black Worth, Caldwell and Pincoca. All vanished.
My favorite Lodoo, pronounced Low Dough.
Do you know of any lost Mecklenburg communities?
Posted by Cedar Posts at 8:54 AM

Cherry is nearly gone, ditto with Grier Heights. Oakhurst was at one time a cross roads, not a town really but a place just the same. At one time just outside of the city limits on Monroe Road.

Stouts in Union County all but gone.

I see that all the time everything is south Charlotte.

Cherry is still here. What do you mean?