Few people are better at "gaming the system" than liberals, unless you consider CMPD Command Staff. 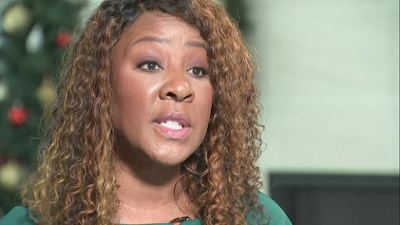 What was supposed to give North Carolina police departments an officer retention tool, has become a misused glitch in the system than lends itself to cronyism and abuse.

Former CMPD Chief Kerr Putney's failed attempt to game the system blew up when he made the very public announcement that he would return to CMPD after retiring, via the hire back program.

In the past dozens of CMPD Officers have retired and began to collect their pension at taxpayer expense only to return to work after a much enjoyed vacation. Effectively "double dipping" at the expense of taxpayers.

The retention idea in theory was good except, at CMPD the only people offered "hire back status" have been the command white shirts and those who drank the Kool-Aid and showed unquestionable love of command's demand of conformity.

Putney's error was publicly stating his intentions. Under state statue, public employees can only collect a pension after "complete separation from active service with no intent or agreement, expressed or implied, to return to service."

Vicki Foster was not about to make the same mistake, in fact Foster made it very clear she had no intention of returning.

But is anyone surprised by her return?

At a time when CMPD staffing is at a critical low, it would seem the hire back program would be a benefit and an excellent way to keep "boots on the street".

But few career patrol duty officers and sergeants return to CMPD. While good investigators are welcomed, few investigators who have "retired" circle back to CMPD. The few who have often stay only long enough to pad their bank account or clear that one last case.

Even so its patrol where experience and knowledge is most critical. Career officers often lose touch with the community once they join the ranks of Command staff. Many rank and file will say those who advance lose touch with reality.

In Charlotte like so many large cities it is the uniform and marked patrol unit that is the real face of CMPD and place where experience and years of service are most valuable. Yet the hire back program in this regard is a troubling failure.

No surprise at all. Maybe the NC Treasurer needs to have a look at this as well?

Waste of air and taxpayer money.

Glad I'm not on the Meck County property tax list to pay for all this graft. I guess after the sales tax goes up, I'll have to make sure I don't accidentally buy anything there either. Bad news is, once the place gets this infected, it never recovers.

I'm glad I'm out and I got out just before the pledge fund self-destructed. What a pile of crap.

Is she getting hired back as a Chief like Kornburg got rehired as a Major? Hummel wanted to get hired back to a special unit and they wouldn't let her.

Just a poor underprivileged black female with no opportunities trying to survive in a racist world of white supremacy!

I guess the pension and supplement she is receiving, retiring as an Assistant Chief, is just not enough for her preferred lifestyle!

Pancake tits are big turn off

Just padding her checking account while "doin nuffin" and collect a few more "gif cards" on her 2nd exit. Double dipping at its finest!

I want to bet that in a few years they'll get rid of the hire back program for officers like us.

yet fuck face foster and JJ fucking our officers with a 12inch strap on as we hold on and just take it all while Lyles and Braxton deep throat us and we swallow like fuckin little birds do when they feed...

Gerald Smith will come back to Charlotte at the Chief. He was a bicyle officer around BoA when he was on the streets as a cop. Vicki has those slap jack titties that I like.

That nasty gash is not worth two beers and a broken condom.

CMPD is a shithole.

Someone might have to drop another dime to the State Treasury and let them know what’s goings on......

That Ho is Johnny’s office trash can

Gerald Smith used to hide in the basement of the D1 office instead of riding his bike.

How does CMPD get away with this hire back crap. I don’t care what anyone says it’s illegal. The state treasurer is obviously a democrat. He knows this is going on with CMPD and won’t correct it. It’s just double dipping by a bunch of greedy officers and a waste of taxpayer money. If Putney couldn’t do it nobody else should be able to do it. What the hell difference does it make to say yes I’m returning 30 days after I retire or not. I call BS.