The father of Phillip Adams, who murdered South Carolina doctor Robert Leeslie, 70, his wife, Barbara Lesslie, 69, and two of their grandchildren, 9-year-old Adah Lesslie and 5-year-old Noah Lesslie and two others last week, claims his son was a “good kid” who became “messed up” from his years of playing football. 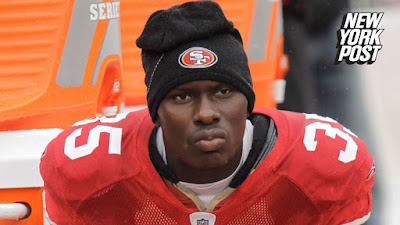 Alonzo Adams, said he wasn’t aware of his son ever being violent before he used two guns to kill six people at a home in Rock Hill late Wednesday afternoon.

“I can say he’s a good kid. I think the football messed him up,” Alonzo said of Phillip, 32, who at one time played for the several teams.

“I don’t think he ever did anybody any harm,” he added.

According to York County Sheriff's Office Adams went to the home of Dr. Robert Leeslie late on the afternoon of April 7, 2021 apparently with the intent to rob the doctor of cash or drugs that he thought was at the Leeslie home. Prior reports that the doctor had treated Adams have since been determined to be unfounded. 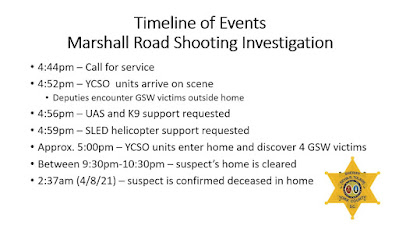 Adams, despite the statements by his father, was no stranger to law enforcement in both North and South Carolina.
Adams apparently had prior arrests for weapons, and domestic violence in Mecklenburg County and had appeared in York County traffic count the day prior to the shooting charged with numerous traffic offenses including, driving with a suspended license, no proof of insurance and expired or factious license plate.
Liberal media is has run with football brain damage narrative, not surprisingly and continues to define this crime as a "murder - suicide"  even though Adams didn't actually kill himself until he was cornered with no chance of escape nearly 12 hours later.
Adams was quickly determined to be a suspect because left substantial evidence and personal items at the crime scene.
The killer's brain was removed at MUSC and sent to Boston University for CTE analysis.

Maybe someone will just punt this nogger's brain. That's enough examination for me.

Football caused him to shoot six people including two small children? Yeah Right. How about drugs and a violent lifestyle Dumb coon thought he'd get some easy drugs for a fix then killed the children so there would be no witnesses.

They should string up his parents for raising such a POS.

Y'all need to let it go this nogger is already in hell.

Yep he's in hell and his brain is on a meat slicer.

Personally I'd not mention his name or try to glorify his existence by associating him with any football team. Ditto with the idea of murder - suicide this guy was just a thug with a gun.

Larry Bollin who shot 6 people in Texas last week excuse was similar “ that cabinet job messed him up”. Why have you not covered that shooting Cedar ? Be fair

I don’t buy this “blame it on football” cop out anyway. Dan Marino would never do some shit like that. Laces out!

Because Texas ain't 10 miles south of here 1811.
There's a few thing that make people do mass shootings. Drugs, psychiatric meds, horrible raising with no morals, and the devil himself. Football isn't on that list. CTE may make people depressed and kill themselves, but not 2 horribly innocent children, a couple of innocent HVAC techs, and two elderly neighbors whose only crime is that they were successful and lived in a big house. I have no idea what unleashed this animal last week, take your pick from the list, but football wasn't one of the causes.
Just ask for one second, when is the last time you heard someone in the Afam community take responsibility for their actions? Always a victim, always someone else to blame. This memory isn't going away for a long, long time in Rock Hill. No amount of media whitewashing is going to erase it.
How about say their names for a change?
Robert Lesslie
Barbara Lesslie
Adah Lesslie
Noah Lesslie
James Lewis
Robert Shook

How is this not a HATE crime!

If this is a HATE crime, then what about the pledge fund?