Few things trouble CP as much as judges who hand out sentences that are nothing more than a slap on the wrist.
Gang Bangers, Hood Rats, Thugs, Child Abusers, Violent felons who see little or no jail time despite a dozen or more priors.
And then there's the other side of the page where felons like Mallory Hood are given sentences that are so far out of the norm that it surprises most that they are still in prison. 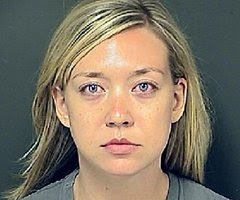 Mallory Hood was sentenced to 18 years in 2010 for Felony DWI resulting in death, she began her sentence on April 23, 2010, 11 years ago today. She remains behind bars. 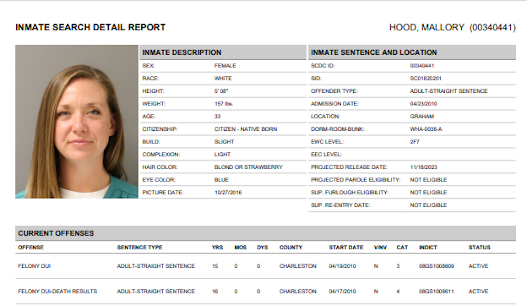 It's all about politics! Mecklenburg County had a 42% dismissal rate for DWI's in 2012. She had the means to hire an adequate attorney whereas the arguement is always the same, he or she didn't have adequate counsel.

DWI's are all about money and politics. DWI's in Mecklenburg County get continued over and over again so that the attorneys that are court appointed get paid more for each case only to have it dismissed at a later date.

u won’t serve that long in prison for 2nd degree murder in mecklenhood county.