A Charlotte woman has been sentenced to prison after pleading guilty in a road rage shooting in Fort Mill.

Nautykah Samone Bolden, 23, pleaded guilty in York County criminal court to felony discharging a firearm into an occupied vehicle, according to court records and Leslie Robinson, 16th Circuit assistant solicitor. No one was wounded in the incident.

Bolen was sentenced under the state’s youthful offender act, which is applicable for defendants under age 25 who have no previous criminal record, Robinson said.

The victim, a North Carolina woman driving a work van, was not hit by the bullet, said Robinson and Fort Mill Police Department detectives. The victim took cellphone video of Bolden’s vehicle.

The bullet passed behind the driver’s seat and embedded in the passenger door, police said.

“The defendant’s actions were extremely dangerous,” Robinson said after court.

Bolden fled the scene after firing at the victim and later changed the car license plate, Robinson said.

Bolden turned herself in to Fort Mill police nine days after the shooting on charges of attempted murder and possession of a weapon during a violent crime. She was later released on $60,000 bail before pleading guilty Monday.

The attempted murder and weapons charges were dismissed as part of a negotiated plea agreement with Bolden, Robinson said.

“The bottom line is a 23-year-old woman with no criminal record made a very bad decision,” Belton said. “The court took all those factors into consideration and she was sentenced appropriately.”

Under South Carolina’s youthful offender laws, Bolden can petition the court after five years if she has no other convictions to seek to have her record cleared, Belton said.

A Charlotte woman has been arrested and charged with firing a shot at another car in what police describe as a road rage incident. 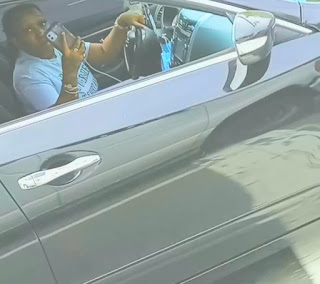 The victim, a North Carolina woman driving a work van, was not hit by the bullet, police said. The victim took cellphone video of the car and suspect, Zachary said.

Bolden is charged with attempted murder and possession of a weapon during a violent crime, according to police and court documents. She was given a $60,000 bond at a hearing in Fort Mill court, records show.

This is old news...what about that white nut that shot two police officers yesterday??????

Did Norman Garnes call someone a honkie, a vanilla face, a white devil, or a sand nigger?


Answer the question or shut up.

What Garnes said was the every white officer in CMPD is racist and would be dealt with in due time. That he was going to make it his personal goal to see that every traffic stop, arrest or report taken is reviewed for unnecessary use of force or unfaltering stereo typing of people of color. He went on to rage about Asians and Mexicans. Basically said if you are white your days are numbered and that he was going to personally see every white officer is fired or imprisoned.

Then he cried out for his momma and said he wanted his crayons.

They had an opportunity to fire Garnes when he was on second shift in B2!

^^Unless you are IA Sgt. Gibbs, then you are fully allowed to carouse with felons and even allow them to drive your personal vehicle while trying to flee the po po....yippeee

There is only one reason she was promoted to Sgt.

Gibbs with the very high code number and no real world experience other than growing up in Charlotte?

You assholes need to stop hating on Gibbs, so what her diet consists of cookies and diet soda from third floor vending machine and so what she had to go back to the Training Academy for fourth Amendment refresher with the recruits as an IA Sgt...she is an asset to IA and to the city.

Asset? You got the first three letters right!

I remember working an ADW in Metro, Gibbs was the sgt at the time, it was like watching a deer try to walk for the first time when she was asked questions and needed to delegate and then she called play auntie DC for assistance, luckily she grew up in Metro so she was/is very qualified to be a sgt.

Okay, then which "non rookie" officers should we have in recruitment marketing? Maybe we could get Preston the racist, or Whippel or Schartz? Maybe get a very respected and experienced officer like....umm..ummm..hmmmm..well...geez..umm?