One Man Killed Two Others Seriously Injured By Uninsured Motorist

Source Local News: A man was killed and two other pedestrians were struck while trying to help with a disabled vehicle in east Charlotte Saturday. 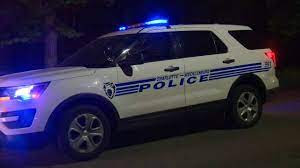 The crash occurred just after 9 p.m. near the intersection of Eastway Drive and East Sugar Creek Road. When officers got to the scene, they found three pedestrians, a 1997 Dodge Caravan and a 2006 Mercedes-Benz S500 which had been involved in crash.

Adrian Perez, 69, one of the three pedestrians struck, was pronounced dead at the scene. MEDIC transported the other two pedestrians to the hospital to be treated for serious injuries. Their names and conditions have not been released.

Investigators say they believe the Dodge Caravan, which was being driven by Perez, had become disabled in the roadway. The two other pedestrians then joined him in an attempt to assist with the disabled van.

The Mercedes-Benz, which was travelling north on Eastway Drive, struck all three pedestrians, who were standing at the rear of the van, before striking the vehicle.

The driver of the Mercedes-Benz, Antonio Rayvon Garriett, 51, was determined not to be impaired, and detectives’ preliminary investigation indicates speed was not a contributing factor to the crash.

Garriett was charged with driving while license revoked, failure to register a motor vehicle and no liability insurance.

Anyone who witnessed the crash or has information about the case is urged to call Detective Crum at 704-432-2169, extension 4. The public can also leave information anonymously with Crime Stoppers at 704-334-1600 or http://charlottecrimestoppers.com
Cedar's Take:
Revoked License, No Registration and No Insurance. Surprised? You shouldn't be, because CMPD and the NC Highway Patrol have all but given up on stopping drivers for non-moving violations like expired tags.
Thousands of cars populate our area streets, interstates and roads that don't have current tags and more than likely don't have insurance and likely have not paid any property tax.
But in an effort to treat citizens as "customers" and apparently for fear of offending Black and brown as well as indigenous people CMPD's chief and DA apparently says it ain't no big deal if your car shouldn't be on the road or you shouldn't be driving.
All good until you have to explain to Mr. Garriett's family the driver didn't have the required minimum insurance and funeral costs are all on them.
Just life in a liberal city.

Is the pledge fund racist?

It depends how you sayyyy Pledge Fund. You should take heed how you speak of Garnes and Ramsey. They are running the east side and are not to be trifled with.