From CMPD:
Detectives with the Charlotte-Mecklenburg Police Department's Homicide Unit have charged Nicholas Davis, 21, for the murder of Denee Rawls. 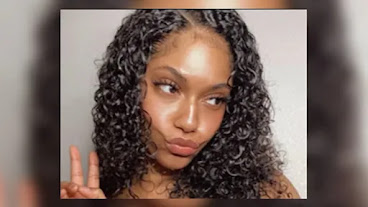 On November 22, 2021, Denee Rawls willingly left her residence on Robur Court; however, her family grew concerned for her safety when she did not return, and they reported her missing on November 24, 2021.
On November 29, 2021, the investigation led detectives near the 7400 block of Harrisburg Road, where they located the deceased victim.
Homicide detectives quickly identified the victim's boyfriend, Nicholas Davis, DOB: 11/06/1999, as the suspect in the case, and a warrant was issued for his arrest.
Early Tuesday morning, detectives with the CMPD's Violent Criminal Apprehension Team located and arrested Davis. Following his interview with detectives, Davis was transferred to the custody of the Mecklenburg County Sheriff's Office, where he was charged with her Murder. The investigation into this case is active and ongoing.
Anyone with information about this incident is asked to call 704-432-TIPS and speak directly to a Homicide Unit detective.
Detective Condron is the lead detective assigned to this case. The public can also leave information anonymously by contacting Crime Stoppers at 704-334-1600 or http://charlottecrimestoppers.com
Cedar's Take: Davis is no stranger to Law Enforcement he had been arrested last year on a damage to property and assault by pointing a gun charge and was out on an unsecured bail.
Denee Rawls is just another victim of Charlotte Mayor Vi Lyles unwavering support of "Bail Reform" a liberal initiative that allows violent offenders back out on the streets within hours of their arrest for violent crimes.
This is a cultural thing, cheating woman and next thing you know these thugs are "goin down to shoot their old lady" Hendrix himself justified this behavior with Hey Joe. Billy Roberts even years would say that while he found fame with Hendrix's version of his song he was troubled by the glorification that the song was interpreted with.
Since then the song has become a Rock standard. But Hendrix's version 50 years later is still the most favored version. The perception remains she deserved it.
Posted by Cedar Posts at 8:03 AM

Another racist post from Cedar Mouth! Fuck off dick head! You don't no anything about Denee or Nick. DA had dropped the charges last year because she wouldn't speak against him. So its just her own damn fault. You are only posting this because Nick is Black so we all can see that your a racist KKK cop boot licker that you are.

I hope the Homie-Cide Detectives addressed him by name at least 3 times during the interview and then thanked him for making Charlotte a better place!
Chikin Sammich!

Come on 11:38 she wasn't ugly and at just 21 that's a waste of good ass. That mofo earns the needle for that reason alone.

I got news Denee aint gon speak against him now neither. And DA will prolly drop it agin. wich is good cause i herd Nick likes a few of dem boys in lockup.

8:53. How is CP racist? Is it white peoples fault that most blacks don’t know how to act? They make up 73% of prison population. Is that white privilege???

As long as the media and politicians continue to blame the police or in the case of Kamala who blames COVID for crime we are going to see more of this. We know the nogs do 90% 0f the crime in Charlotte its time to start admitting that the problem is not with the police but with Black people in general. Sorry not sorry.

Let's face facts the noogies always gonna get a gun.

hows dept morale chief? does chik-fila have a vaccine mandate? core 4, employee wellness?
you need to stand up, but that wont happen


This is where JJ got the idea to do the chic fila sandwich and waffle fries to the poor people in Charlotte. Service with a smile. The customer is always right.

We are currently down 300 bodies and counting.

a mandate is not a law

every one of you that force the "vaccine" will be sued when this is over. wonder if qualified immunity will cover you this regard? fear and coercion is that part of the mission statement?

I think any recruit that is signing up for this bullshit has to be halfway retarded. Did the jail just release 18 offenders on free bail or something?

Yup, and those new recruits get to choose. You could work a Chikfila, and have Sundays off (and get meal benefits) and make about $43k without working overtime. Or I could start off at CMPD at $46k ($51k if I have one of them Psych degrees) and work Patrol North 3rd shift.

So how many are we short now?

Work Metro 3rd shift where a degree in Psychology really means something! I'll take a number 1 with waffle fries and a coke! Extra sauce please!

Someone please get Christopher William brown some help. he is obviously calling out for all of our assistance. nobody would shoot at the square in broad daylight unless they were disturbed and needed massive medical intervention. NC used to have great Mental Health facilities. That was decades ago. Please get him the help that he is calling out for. I hope there were no major injuries. This is typically the indication of acting out versus violent tendencies. He is too young for our society to just toss aside.

He needs a big chikin' samich!

Can we get a fact check on this?

Is anyone going to let us know details on the numerous criminal law changes that went into effect on December 1st???

Criminal law changes!?! Dude, apparently you didn't get the memo. Waffle Fries or Mac and Cheese? No one shives a get about the law here....

CMS is out of control, lets not slam the school guys for this since it is clearly beyond their skill set.

You can only get on extra packet of sauce with your nuggets, otherwise, it's illegal and you will be prosecuted to the fullest extent of the law. Guns, dope, and panhandling are perfectly legal now. Homicide has been reduced to a misdemeanor which you can get a prayer for judgement provided you contact the professionals at DSS first!

Dr Pugh-Lilly over at DSS that thinks they know something about police work?