Charlotte, NC July 26, 2010
There are some places in Charlotte where most of us would never think of setting foot inside.
The Budget Inn at North Graham and I-85 is one such place. 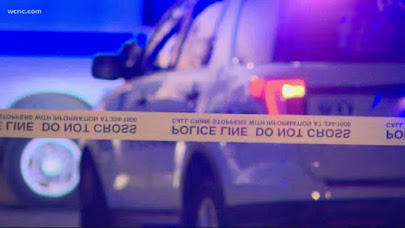 I can't imagine a less attractive place to have your life come to a rapid and violent end.
Sandwiched between industrial buildings, heavy duty truck dealers, and alongside the heavily traveled I-85, the Budget Inn is the last rung on the accommodations ladder in Charlotte.
The noise is constant, even in the early hours, as the heat radiates from the interstate highway only 50 yards away. The sounds of a dozen air-conditioners at full hum echo against the concrete walls, as they compete for attention against the sound of one bad tire on an 18 wheeler bound for Atlanta. The truck is doing at least 80, and quickly disappears from view, but the sound, a womp, womp, womp, goes on for an eternity.
Like many cheap hotels in Charlotte, the Budget Inn is owned by Purshottam, Inc. a company whose owners are of South Asian descent. Immigrants from India, and Pakistan, who for some reason are drawn to the small cheap hotel business.
Like many in the ultra low end hospitality industry, this business has struggled to make ends meet and although current now, the company has been forced to make tax payments on an installment plan with the Mecklenburg County tax office.
Inside, the lobby smells of an odd combination of curry and fried bacon, and in the heat, the smell is nauseating within the confines of the small office.
Normally the cars and trucks in the parking lot would represent the working class and the down on their luck, or the hapless tourist who booked a room to save a buck. Guests like that, might make a U-turn at the sight of the bullet proof glass and bank style drive up drawer inside the hotel lobby.
But today, at dawn the parking lot is oddly empty, yellow police tape is twisting the humid July air and a police cruiser offer the only remaining suggestion of violent death.
One life taken in a room another life gunned down in the parking lot, someone "busted a cap" or two dozen, for what reason most of us can't understand.
The Budget Inn understands, this place of desperate people, drug dealers and addicts, of gangs, a place where taking a life is easy, and yet the talk of death between police officers is shockingly casual to most of us.
No rain has fallen, but water streaks the parking lot. The pressure washer is gone but the smell of bleach used to clean up spilled blood lingers.
The breeze builds and then falls, the lone CMPD officer on the scene doesn't want his photo taken, the day will soon turn hot and within the hour it will be business as usual.
By nightfall those accustom to such places will lock their doors and try to not hear the sounds of anger as they pray for the humid night to pass quickly.
And it's hard for this life long resident to accept that this too is Charlotte.
Within a week the last of the 4 charged in Budget Inn double murder Salena Yvonne Harris, 25 is arrested in the early hours by CMPD's VCAT unit. Harris who in addition to the 3 previously charged with murder in the Budget Inn shooting, Damien Anthony Bond, Lauren Elizabeth English and Wendell Jude Lemaitre, will face trial for murder and remains in jail.

Charges for the four include: Fleeing/Eluding Arrest, Speeding, Reckless Driving, Failure to heed a blue light and siren, resisting arrest, 2 Counts of first degree murder, robbery with a dangerous weapon, conspiracy to commit robbery, conspiracy to commit murder, possession of firearm by felon and parole volitions.
Cedar Update January 2, 2022
Today three of the four remain in prison.
The judge "boxcar'd"  Harris and Lemaitre's sentences for the murder 2 counts, meaning once they finish the first term for murder they will began the second term.
In total Harris was sentenced to 30 years and 2 months in prison. 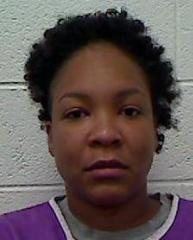 Salena Harris Photo NC DOC
Harris had been convicted of 2 counts of "Possession of a Weapon by Felon" on June 6, 2010 and was given a suspended sentence and only 16 months probation, despite her prior conviction on armed robbery charges in 2001. Less than six weeks later she was at The Budget Inn. Her projected release date is May 12, 2034.
Lemaitre, was given a total of 43 years and six months. 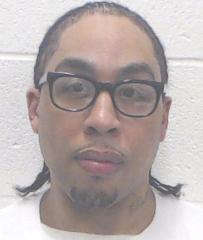 Wendell Lemaitre Photo NC DOC
His projected release date is February 18, 2052.
Bond's sentence on the murders runs concurrently but the judge boxcar'd the murder convictions with the robbery conviction. 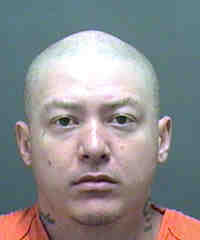 Damien Bond Photo NC DOC
His projected release date is September 29, 2039.
Lauren English spent six years in prison and was released in 2017.
Posted by Cedar Posts at 1:00 AM

Thank you for the follow-up. These places may not be glamorous, but for a city like Charlotte that has zero affordable housing options, they often play a vital rung in the housing ladder. I've spent a few nights there, and many weeks in extended stays across town, and I wanted nothing to do with the folks in the parking lots. I hope CMPD does what they can to clean these places up, I hope they pay their taxes, and I hope the residents find comfort in those noisy walls.

I especially hope the city provides housing grants and aid to the families who find themselves in similar spots all across the city.

James is clearly in the wrong place on a Tuesday morning.

In other news, the USA is finally winning again. We just set a new global daily COVID record. Good thing we got the shot in 74% of the people to stop the spread.

All good tho, we also had a record number of Americans quit their jobs in November while job openings stayed near recent highs. At least this is good news if you are looking for some other work.

How are things looking at the MCS…Oh no…

I cant stand it when people come on cedarposts and trash cedarposts. This is the most credible source of information in charlotte. Everything is so liberal so i need the real facts. You can always tell the liberal shitbags that come on here and attempt to squash or silence the voices of the truth at MSCO, CMPD, CFD, and the city gov center.

Go read something else if you dont like cedarposts.

I agree CP is the best news source in town, I just wish he put more focus on the great work being done at CMS and by those of us at DHHS.

I agree. No Cedar equals No Truth. Thanks Cedar