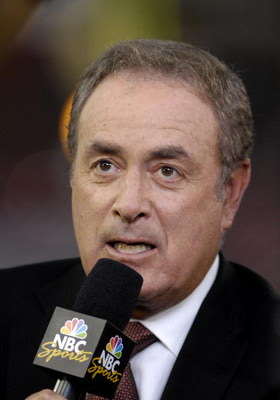 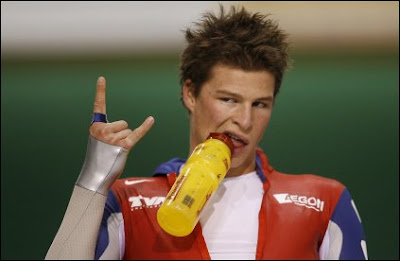 Sven Karmer who hails from the country famous for skating (think Hans Brinker) with only a couple of laps to go in a race he was a lock to win, finishes the final laps in the wrong lane. The amateurish blunder by the Dutchman's now ex-coach costs the world's greatest long-distance speed skater gold, silver and bronze. But just think of all the endorsements where he would be perfect. Depends, Delta, Avis and Magic Eraser. WIN! Sven Karmer

Rob Vanstone a reporter from The Leader-Post who while interviewing Dave Jarrett, head coach of the United States' Nordic combined team asked what kind of poles do the cross country skies use and "How do they differ from ski jumping poles?" 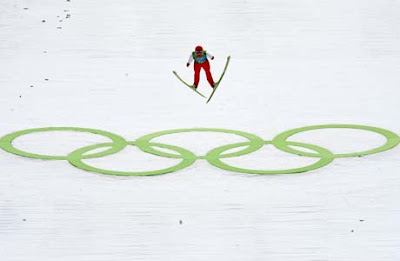 After a week of being the butt of many jokes and hearing over and over again "there are no poles in ski jumping" Vastone got redemption when a ski jumper from Poland took the silver medal. Proving that there are indeed Poles in ski jumping. Redemption! Rob Vanstone
Posted by Cedar Posts at 12:51 PM