As we expected the Mecklenburg BOCC and Harry Jones came up with a goat in his effort to sweep the DSS Giving Tree Scam under the rug. 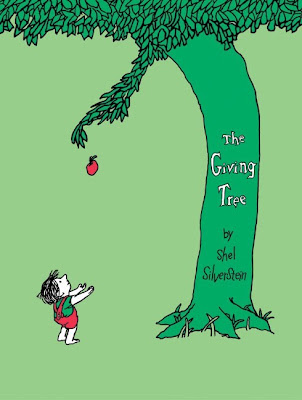 Cindy E. Brady was charged with three counts of stealing government money from 2007 to 2009 when she oversaw a Department of Social Services’ program that buys Christmas gifts for needy children.

Brady received thousands of dollars in advances from DSS to purchase the gifts for children who signed up for the Giving Tree program.

Federal prosecutors allege that Brady altered or created dozens of fictitious receipts to conceal the embezzlement, according to a Bill of Information released made public Tuesday.

The charges come more than a year after county officials first began scrutinizing what happened to about $162,000 spent through the program.

Commissioners acknowledged in December that a federal grand jury was looking into whether crimes were committed by county employees.

Brady, who left the county in August, has denied any wrongdoing. She wrote a memo to county officials before retiring that says the county had advanced her as much as $198,000 since 2005 with approval from her supervisors.

Interesting that it took a federal audit to figure out what most of us taxpayers determined in about 15 minutes. So a federal audit found $30,000.00 of the $162,000.00 that is missing. Ms. Brady will plead guilty and six months to a year from now she'll have a sentencing date. That should be interesting.

Harry Jones has proposed to increase funding for internal audits by nearly $300,000.00 in the 2011 budget. If all that will do is uncover one crook who stole $30,000.00 over 3 years, we might be better off just letting the thieves steal what they like and call it shrinkage rather than audit expense.

In the meanwhile others within DSS are very quietly leaving, we are not just talking about the mayor's wife who left out the back door one evening but the 1/2 dozen other employees who have exited or transferred since the Giving Tree "gravy train" came to a stop.

1. Who else will be arrested? If the FBI is looking into DSS, what else under the control of Harry Jones is being examined?

2. If it takes such a massive public outcry to get to the bottom of such a simple scam, how will we ever un-cover the rest of Harry Jones shady dealings and lax oversight?
Posted by Cedar Posts at 6:26 PM

So why aren't they investigating Harry Jones?

Seems like trying to cover up misdeeds in ones bailiwick is not a cause for concern.

Harry Jones is such an incompetent, horrendous "manager".

All he has "managed" is covering his own ass.

I bet BOCC and Harry Jones will get our (the citizens) message loud and clear this November!

How is this Jones and the BOCC offering "up a goat?" You wanted an investigation, and you got it. When the investigation shows the scope of theft was $30K, you scoff and suggest maybe it isn't worth the trouble. If Jones or the BOCC had made the same observation, you'd be howling for their heads. Did you learn to be stupid, or is it a gift from birth?