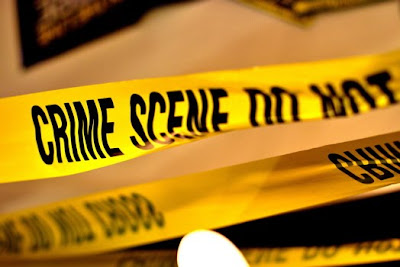 Devon Clement, 20, Dominique McGriff, 21, Tia Mitchell, 23, and Michael Pernell Smith, 29 are the real people in the body bags, names that sadly will soon be forgotten.

While CMPD's web site proclaims the violent crime is down 7 percent, murder is running far ahead of last year and yet thankfully at a pace slower than 2008.

Of all the crimes, murder is the hardest for law enforcement to impact, so while Cedar Posts would like to fault Chief Monroe for the increase, the fact is people kill each other, and sometimes homicides come in twos and fours.

You may have noticed Chief Monroe's absence from the latest presser as deputy chiefs spread the news about the ever falling crime numbers. A year ago Chief Monroe was proudly pointing to the decline in murders as proof that his changes and increase in police officers on patrol was having a profound affect. Now a year later that trend is reversed and homicides are growing at an alarming rate. So where is Rodney Monroe to explain the increase?

The truth is, for all the money, all the new officers, pr staffers, community meetings, computer crime stat models, meetings, ass chewings and award presentations at the Time Warner Cable "Cable Box" Rodney Monroe has no, none, nanno, zip and I mean zero ability to prevent homicides.

But leave it to Chief "Where am I Hiding the Bodies?" Monroe to take credit when the murder numbers go down, and go into hiding when the numbers go UP!

Detroit Police shoot and kill a 7 year old girl with The First 48 cameras rolling the full story is here.
Posted by Cedar Posts at 12:26 AM

And when other crime stats start trending back up, as they WILL, it is inevitable because THERE WILL ALWAYS BE CRIME THAT HAS TO BE MANAGED, AND THE KEY WORD IS MANAGED, what will he be saying about that?

It's all about acceptable levels, and the stats can easily be manipulated, TO A POINT, to make those levels seem "acceptable". But you reach a point of diminishing "returns", where it is impossible to have the kind of decreases that CMPD is supposed to have had.

On top of that, add a totally different way of reporting those crimes, and you have a plateau.

Pushing the notion that violent crime is down is just not cutting it any more.

And it's so true, as rodney said, you cannot "hide the bodies". You may get away with classifying some as "accidents" or "suicides" or some other nonsense, but bodies are bodies.

Only a sharing of ideas and solutions and a willingness to listen to other ideas will move things forward, instead of having stagnating frustration.

And from what I am told, that just is not happening at CMPD.

It is interesting not being a member of CMPD, but hearing about the goings on there. I cannot imagine how frustrating it is.

Actually there is something that can be done. That is a more aggressive response to drug trafficking. Monroe’s hands off approach to drug trafficking is, in a word, pathetic. Monroe believes that if a drug dealer is doing business and is not bothering a neighborhood, then CMPD should leave them alone, even if CMPD has actionable information to disrupt that business. Monroe says “It jus’ makes sense.” Remember drug dealers acquire cash, making them prime robbery targets. There have been a number of drug centered robberies and homicides in the last two years that can be attributed to a poor response to drugs. I would like to see how far down seizures of cash, weapons and drugs are in the last two years.

You are kidding right? Where does RoMo think all the crimes start, from the users and addicts?? NO WAY! They START with the traffickers who USE the addicted to do their dirty work so THEIR hands are not dirty!

Where did RuttMutt come from MARS?

5 bodies in as many days, and everyone involved knew each other. "Not a Random act of violence" Well that doesn't mean they were best buddies or even family. It was more than likely doper killing/robbing dopee, or the other way around. There will be more to follow I am sure. When you are explaining to Deputy Chief's how much dope you are taking off the street and the amount of assets you are seizing for the department to use to help continue the fight against the drug problem and they don't even acknowledge that, but ask you if you questioned the suspects about their knowledge of car breakin's then something is missing. Someone has to look at the big picture.