According to Brown Moses This Is Where James Foley Was Murdered

From The UK Telegraph's Josie Ensor
A British expert believes he has pinpointed the exact location American journalist James Foley was beheaded by an Islamic State fighter in Syria.
Eliot Higgins, a Leicester-based video and photo analyst who specialises in Syria, has methodically analysed the five-minute video of the beheading of the 40-year-old reporter and believes he has identified where the murder took place. 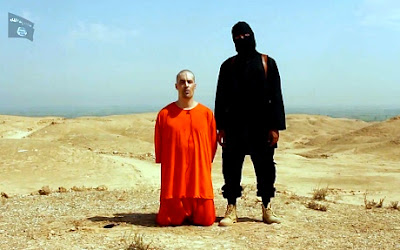 Mr Higgins’ findings could provide a breakthrough as to the group's whereabouts and the identity of Mr Foley's killer.

First he blackened out the figures in the footage in order to analyse the barren landscape. 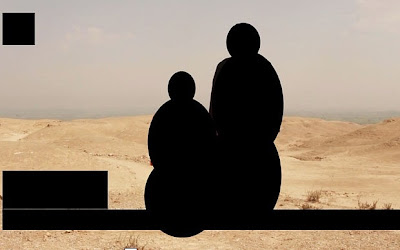 It is a hilly, featureless terrain which gives away few clues, but in the distance it is possible to make out a green plain below the hills. Mr Higgins compared this to the below map of Raqqa in northern Syria - the “capital” and heart of the new Islamic State - where you can see the city, surrounded by green plains, with more hills to the south. Having analysed all areas of Syria under Isil control, he found no other locations which fit the geography. 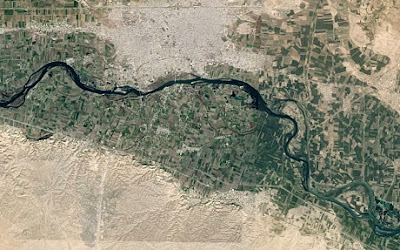 Mr Higgins, who uses the pseudonym Brown Moses online, then looked at the position of the shadows, which he says suggests the video was filmed in the morning, with the camera pointing northwards. It then seemed reasonable to start looking at the hills to the south of Raqqa for a possible location.
Looking for other clues, he pointed to an area of raised ground, circled in red in the below image. 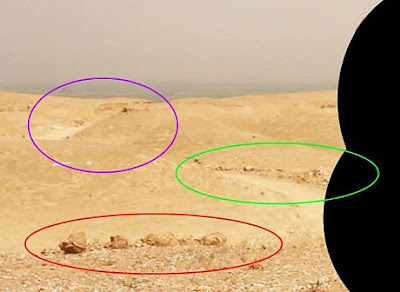 He then focused his attention on the tracks and comparing the landscape with satellite images of the hills south of Raqqa. The below images show the track entrance to the area, and you can see in the satellite map images the rock outcrop would be partly covering the entryway, as it does in the video.

Then he suggested the same configuration of trees can be seen in the video and in this satellite image taken south of Raqqa: 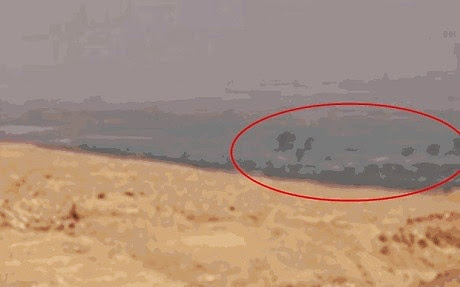 Putting all this together and having reviewed all locations along the hills south of Raqqa, he pinpoints the exact co-ordinates of where he believes Mr Foley was killed - 35.88219, 39.03617.
He concluded it is the only location which fits with what little information is available in the video and he believes the Islamic State chose the most isolated spot on the hill to carry out the murder. 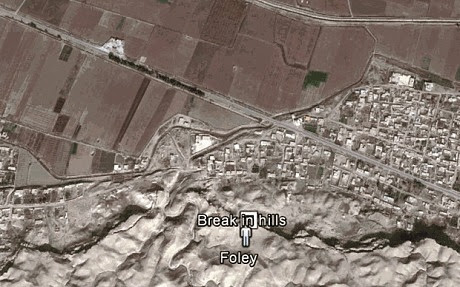 What can you say on a post like this? It puts my stomach in knots and is hard to look at because its so disturbing. I've turned from looking at this picture of James Foley each time it came up. Its so much easier to turn and pretend not to see. This time, I forced myself to look because his whole purpose for being there was so the rest of us could see what was going on. He sacrificed everything to show us.

When I look at his face it strikes me that he doesn't look scared. He died purposefully for the sins of this Isis group. He must seem godlike to them now.

Praying for his family. I hope they can find peace.

Since the area has been pin pointed, seems like a good time to turn it all to glass and be done!

were any Obama administration representatives at his memorial?

I didn't hear of any, but they made so much manpower available for Ferguson, and Holder went and met with the Brown family, so surely they went to this.