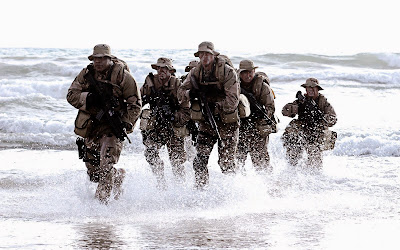 The Task Force Black will aim to “cut the head off the snake” by hitting the command structure of the Islamist terror group responsible for a trail of atrocities across Iraq and Syria, reports the Sunday People.

British Prime Minister David Cameron has told the SAS and UK spy agencies to direct all their resources at defeating IS after a video of US journalist James Foley being beheaded shocked the world.

This time the counter-terrorist experts will be targeting Abu Bakr al-Baghdadi, leader of IS and now the world’s most wanted terrorist.

A source said: “We need to go into Syria and Iraq and kill as many IS members as we can. You can’t negotiate with these people.

“This is not a war of choice. They are cash rich and have a plentiful supply of arms. If we don’t go after them, they will soon come after us."

“And it will be like nothing the West has ever had to confront before.”

The new task force will comprise a squadron of the SAS, special forces aircrews from the RAF and agents from MI5 and MI6.

The operation will be led by America’s CIA spy agency.

One of the first jobs will be to go after the British Muslim shown on an IS video released last week cutting James Foley’s head off with a knife. 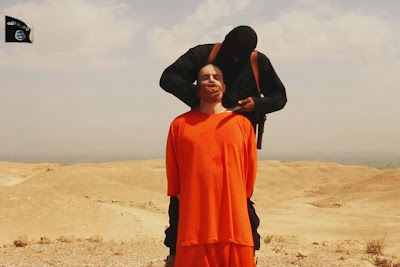 UK intelligence sources confirmed that the killer, believed to be British-born Pakistani Abdel-Majed Abdel Bary, aka L Jinny from London, is already at the top of a CIA “kill list”. 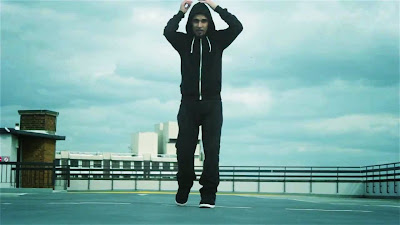 Bary, sometimes called Britain's "hip-hop jihadist," has a handful of rap videos on YouTube.
But last year, he reportedly left his affluent family home in west London to join the Sunni militant group ISIS in Syria.
​Since then, he has been a subject of fascination for the British media with stories following his Syrian exploits appearing in The Sun and the Daily Mail.
The Mail put up a story earlier this month showing a man identified as Bary posing with a severed head in Syria. Late last December, the Mail posted another photo apparently showing him holding an assault rifle.
Cedar's Take: Dead Man Walking, it is one thing to be on the FBI's most wanted or Interpol's world wide arrest list, but being the number one target of Task Force Black makes L. Jinny totally radio active. ISIS would be wise to just hand him over, not that that will stop what's coming.
The finger pointing will continue, but Obama's foreign policy is a disaster our intelligence agencies a dismal failure. The message to the President, there are no mulligans when it comes to the Middle East.

Maybe the City of Charlotte can loan Iraq and Syria our expensive Shot Spotter boondoggle? Unreal that our city council would spend money on something so "re-actionary" and useless.

To 11:38 .... agreed !! There have been no prosecutable cases made via shot spotter.
LPRs (license plate readers) however have been a game changer. Cancel shot spotter and put that $$ to good use with more LPRs. That would be getting your money's worth !

Anyone have real numbers on this stuff? Shot Spotter or the LPR's costs vs arrests?

I work in Central a Division with both shot spotter and LPRs. Never seen a case made with shot spotter but we make 2 to 3 cases a week with the LPRs. Mostly stolen cars or license plates but I know we've had homicides solved based on data provided by the LPRs.

This is a very good news to eliminate the world's common enemy.Every inspired terrorist from the world are involving in this barbaric serial killings.So please smash them as quick as you can and update the progress to the world to demotivate them.