The Supreme Court's Refusal to review the lower court's ruling and subsequent North Carolina court decision opens the door to same sex marrige in North Carolina. But this is not a win for the LGBT faction any more than proabition was a victory for the Bible Belt crowd. 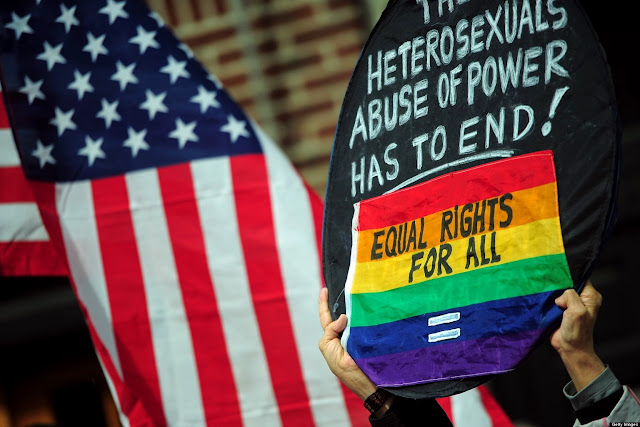 North Carolina was and still is opposed to gay marriage, most of us in the metropolitan areas are just tired of hearing about it, and just as many don't really care. It's a perversion, an anomaly that effects about 10 percent of the population and so we'll just shake our heads or look the other way.
A court ruling won't change adittudes, and the next series of battles with not be as simple. Let's face it, the homosexual community is up against serious discrimation in this country, whether on not we care to admint it.
Heath Insurnace has long been impossible with a majority of insurance carriers for certian occupations, ACA has changed that somewhat but try being Gay and getting approval for disability insurance.
The idea that one judge can turn away the will of the people because of his own agenda should be troubling to all Americans. Notice the same courts that provided shelter to gay marriage supporters, smashed the ranks of those enjoying the benifts of same day voter registration. In other words allowing the courts to overturn laws enacted by voters means your vote is meaningless.
The thinking is that the public is too stupid to have any real say in the laws of this country. This thinking seems to be pretty common lately.
Posted by Cedar Posts at 8:01 PM