Later this morning former Mayor Patrick Cannon will be sentenced by Federal Judge Frank Whittney. He'll get probation and here's why. 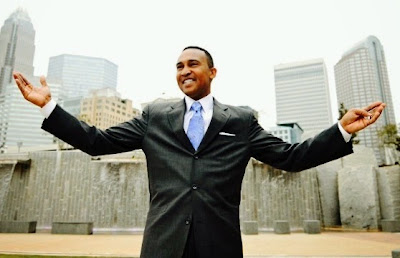 Cannon was targeted by someone in the Obama administration because it was concluded that His-honor was just the tip of the iceberg and that corruption ran deep all the way down to the cellar of the government center.

Turns out Cannon was a big mouth talker who believed his own hubris lies, an amateur targeted by professionals.

Cannon was all talk and no action, all take and no give he had nothing to offer and apparently caused nothing to happen.

If there is any wrong doing it is the waste of untold amounts of money to target an idiot with no connections, whose only incentive was to reduce a pile of debt he had accumulated.

Cannon was no angel but to send him to prison does nothing to remove the stain of this unproductive adventure sponsored by the Feds.

Judge Whittney will, I suspect, see this for what it was; a fishing expedition that returned to the docks with not Moby Dick but with Mr. Impotent Dick.

Five years suspended, three years probation, community service and restitution. For Charlotte to move, on this is the only answer.
Posted by Cedar Posts at 9:16 AM

Interesting take, but as you seen he got 44 months.
Serious question- is he an alcoholic? He has to go to treatment, much like Jim Bathroom Black. Are all democrats alcoholics, or do they just use this a ruse to get lighter sentence, sympathy, and placed in Butner? Bill Culp tried using this excuse as well.
Annwyas theres a lot more to the story than we are hearing.
Taxi commission extortion, lighting compnay's formed with council members to solict govco business, flings with his partners in taxpayer provided Southpark condo, etc.

He 'only' got 44 BECAUSE he talked. No more Eric Holder...No more Chief Monroe. Indictments to come.