Twenty five years ago director Ken Burns produced a mini series for PBS based on the Civil War. 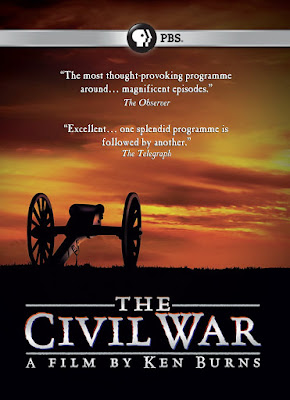 The nine part mini-series aired on five nights in 1990 and received tremendous acclaim, except in the South were it was viewed as terribly one sided. That one sidedness pushed aside the notion that the Civil War was about state's rights, and promoted the concept that at least as far as Burns was concerned the war was all about freeing the slaves. 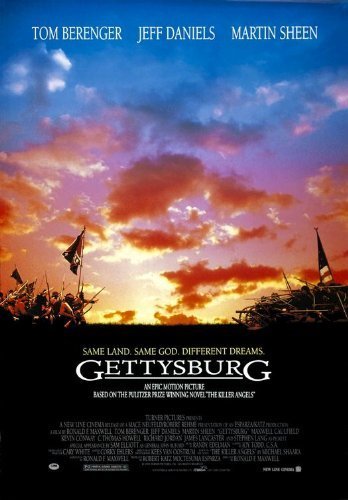 The film recounted the 3 day battle as well as many famous quotes from the war, but also included a fictional account of a Union Officer asking of a captured Rebel: "why you fightin this war?" The southerner's reply "Our Rats". The perplexed Yankee unable to understand Dixie speak asks again and the same response "I'm fighting fer my rats."

Lieutenant Chamberlain: I don't mean no disrespect to you fighting men, but sometimes I can't help but figure... why you fightin' this war?

Confederate prisoner: Why are you?

Lieutenant Chamberlain: To free the slaves, of course. And preserve the Union.

Confederate prisoner: I don't know about other folk, but I ain't fighting for no darkies one way or the other. I'm fightin' for my "rats". All of us here, that's what we're fighting for.

Lieutenant Chamberlain: Your what?

Confederate prisoner: Fer our rats. The right to live my life like I see fit. Why can't you just live the way you want to live, and let us live the way we do? Live and let live, I hear some folks say. Be lot less fuss and bother if more folks took it to heart.

Lieutenant Chamberlain: Where'd you get captured?

Confederate prisoner: From a cut just west of Gettysburg town. Wasn't a pretty sight. Many a good boy lost a young and promising life. Some wore blue and some wore gray. Seen enough of this war?

Lieutenant Chamberlain: I guess I have.

Confederate prisoner: I guess I have too. Looks like I'm gonna be sittiing out the rest of it.

Lieutenant Chamberlain: Well, I appreciate you talking to me.

This was Turner's way of telling the story from the southern point of view. A view that Burns, who even made a cameo appearance in the film, conceded to.

It is important to understand that slavery was entirely legal and constitutional at the start of the Civil War and at no time did the North "fight the civil war" for the express motive of freeing slaves in the South. In fact the slavery issue was used by Lincoln in an effort to force the states in rebellion to end their hostilities

On September 22, 1862, Lincoln had issued a preliminary proclamation warning that he would order the emancipation of all slaves in any state that did not end its rebellion against the Union by January 1, 1863.

It it wasn't until after Gettysburg when Lincoln referenced slavery with "that all men are created equal" in his then little noted and now famous address that he began to formally take up the cause of the abolitionists.
To Southerners, the war was indeed about states' rights, the primary right in question being that "constitutionally acknowledged right" of keeping humans as slaves and having other states respect their legal property.
To today's supporter of abortion, the primary question is that of the constitutionally affirmed right to privacy and to choose, the primary choice in question being the abortion of a human life.

Pretty hard to say your against slavery but all for abortion. Just as you can't be for personal or states' rights and be fully committed to protecting and valuing human life from a moral standpoint.

And so the paradox continues to this day, with President Obama telling the nation "the cause for which they fought was wrong" but is he referring to "states rights" or slavery?

For 100 hundred years after the war the accepted thinking was that the war was fought over states rights and preservation the Union. The words directly above the statue of Lincoln:


IN THIS TEMPLE
AS IN THE HEARTS OF THE PEOPLE
FOR WHOM HE SAVED THE UNION
THE MEMORY OF ABRAHAM LINCOLN
IS ENSHRINED FOREVER
Clearly in 1922 the year that the memorial was dedicated, slavery was still an after thought.

Uuuhhh States rights because they wanted the "right" to own slaves! So anyone can argue semantics...they wanted to keep their slaves. They knew Lincoln was going to free them all.

I think Cedar makes a very good point Obama either misspoke or is confused about the "cause" being wrong.

The effort of course is to tie the Confederate flag to slavery and racism. Whenever someone points out that the war was about states rights they are promptly accused of being bigots and racists.

But as Cedar points out Lincoln offered up the slaves if the South would stop the rebellion two years into the war.

Cleary the cause was states rights.

As the black racists continue to try to re-write history they might do well to notice that the KKK they so fear is all but gone. Only a handful of fruits and nuts still claim alliance.

But even a small hornets nest can be trouble.

9 am you see this is where you and many, many other Americans are wrong. Lincoln had no plan to "free" the southern slaves. The cause of war was not freed slaves but rather honoring prior commitments providing rights of ownership.

Lincoln himself was a racist and considered Negros too stupid to be without ownership of some sort.

I wake up and no surprise more racist hate from Cedar Mouth. SMH

f the next portion of fence that needs to be fixed on the south side of the pasture on another Saturday. Fence mending is a never ending job.chain link fence repair