Paris Attacked - You really can't understand Paris unless you have lived there a month or more. But Paris is everything that Muslims hate and more. So it is no surprise, that ISIS nut bags would attack Paris randomly killing more than 100 people and maiming 200 or more others. 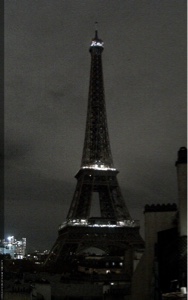 Beyond the attacks and instant fall out there is the underlying belief that Obama's policies, the troop withdrawal from Iraq and general idiocy of "the armature's" foreign policy, have created ISiS and put Americans at risk at home and abroad.
The Obama White House says ISIS has ambition for an attack on the United States, but likely lacks capability. So we can all sleep better tonight right?
Cam Newton - Wow does he have an arm! Panthers are 9-0 (note to media types the Panthers have NOT "improved" to 9-0 that is cliche and stupid) and may just continue to 10-0 next week.
But Cam Newton is an Ass Clown. Everything about him other than throwing a ball is hateable. His end zone Dab dance, ripping a Greenbay banner, his Gucci loafers, his always lacking humbleness. Leadership isn't just about running into the end zone, football is a team sport and Newton thinks of the goal line as a place to windmill and slam dunk the ball, basketball style. One of these days it will cost him. 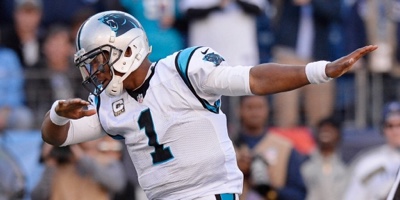 Newton will earn big bucks with the Panthers so he doesn't need the money that endorsements bring but there is the interesting discourse on Cam Newton. His lack of endorsement contracts is directly proportional to his lack of appeal to the public.
If you had a poll to rank the Panthers player who best represents Charlotte and the Carolina's Luke Kucjly Julius Peepers, Sam Mills and would fill out the top five, and Cam Newton would come in just behind Rae Carruth.
Posted by Cedar Posts at 2:45 AM

Even behind Jason Peters and Dan "the human Egg shell" MorgaHGH??? Wow!

BELlaMy can dance and he is an ass clown too ! Go figure 😜