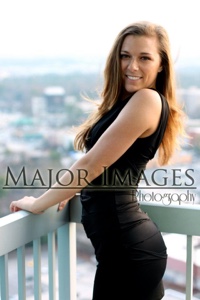 ATLANTA (AP) — The FBI zeroed in on a woman suspected in jewelry store robberies across the South after analyzing records from cellphone towers near the robberies, then checking social media and hearing from suspicious friends, newly filed court records reveal.

Abigail Lee Kemp, 24, wept softly as she was led from a federal courtroom in Atlanta after her first appearance before a judge Monday afternoon. Kemp, wearing a casual sweatshirt and pants and ankle restraints, said little during the hearing. U.S. Magistrate Judge Linda Walker set another hearing for Thursday to decide the conditions of Kemp's detention and appointed federal public defender Rebecca Shepard to represent her. Shepard declined to comment after the hearing.

Kemp was arrested Friday in an apartment in the Atlanta suburb of Smyrna, the FBI said. Kemp told agents a man who was with her at the time of her arrest, 35-year-old Lewis Jones III, also was involved in the robberies, according to a sworn statement from an FBI agent filed in federal court Monday.

Two separate criminal complaints filed in the northern district of Florida charge Kemp and Jones with conspiracy to interfere with commerce by threats or violence. They are accused of conspiring to rob six jewelry stores in Georgia, Florida, South Carolina, North Carolina, and Tennessee.

Kemp told agents that in the beginning she would go into a jewelry store with an open cellphone line so Jones, whom she called "Lou," could hear her interaction with store employees, the FBI agent's statement says. Jones then came into the store, tied employees up and removed merchandise from the store's case, Kemp told agents.

In later robberies, Kemp told agents Jones would remain outside the stores as a lookout while she went inside and the two would communicate by cellphone, the agent's statement says.

Kemp told agents Jones was on the phone with her during all the robberies in which she went inside alone.

A key break in the case came from one phone number with a north Georgia area code, court records show. An analysis of cell tower data found that the number showed up at or near jewelry stories in Georgia, Florida and South Carolina while the businesses were being robbed, authorities said.

Court records detail how authorities then used the phone number to identify Kemp as a suspect, and found a photo of a maroon Honda Civic on her social media accounts that matched the description of one seen in surveillance video.

The FBI also released images from surveillance video from the robberies, which led Kemp's friends to contact authorities, court records show. The images showed a female dressed in a jogging suit in one robbery and wearing a black cowboy hat in another.

"Within hours of issuing a press release this week requesting assistance in identifying the suspects, the FBI Jacksonville Division began to receive numerous credible leads from the public," the FBI said in a news release.

"Some citizens further advised that during recent contacts with Kemp, she was wearing expensive jewelry that some of the callers believe she cannot afford," an agent's sworn statement says. "Some citizens also advised that Kemp possesses a black handgun and recently had her car painted black."

I don't know how the feds are going to prosecute her since the AG's office has basically decriminalized the Hobbs Act. They felt too many "minority non-violent drug offenders" were being wrongfully prosecuted over it. Maybe they will make an exception for this poor little white girl?!? I think she just deserves a good spanking!! Who's a naughty girl....