WOODSTOCK, Ga. -- In almost every surveillance photo taken during a string of jewelry store robberies, you can see the female suspect is wearing a pair of white headphones.

That may have been the big mistake that led the FBI right to Abby Kemp.

According to an FBI affidavit, Abby Kemp admitted she was on the phone with her alleged accomplice, Lewis Jones, who was standing outside the stores as a lookout. 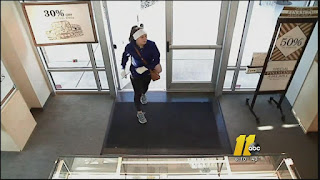 Those phone calls helped agents track her down.

The FBI believes the first robbery the duo committed was at the Jared's Vault store at The Outlet Shoppes in Woodstock last April. In that robbery, agents say Kemp acted as the lookout while Jones tied up the employees and held them at gunpoint. 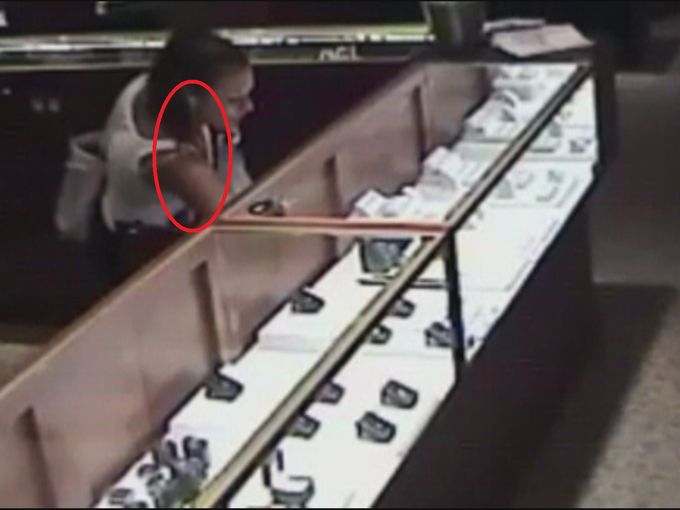 In each of the surveillance videos, you see Abby Kemp with one headphone in. Investigators say she was talking to her accomplice and that's how they were able to track her down.

A nearby cell phone tower picked up a phone call between Jones and Kemp.

Agents started checking cell towers near all of the stores and sure enough each time the two were on the phone.

The affidavit says Kemp committed several other robberies and that each time she admitted she was on the phone with Jones.

Social media postings could have also led the FBI right to her. Kemp also posted pictures of a car on social media that matched the description of the getaway vehicle used in some of the robberies. That car was owned by one of Kemp's relatives, though agents say she had the paint color changed.

Kemp's friends told the FBI she was wearing expensive jewelry they knew she couldn't afford. Kemp recently asked for a court appointed attorney, saying she can't afford one on her own.

But the biggest mystery is how did Jones and Kemp team up in the first place?

Jones has a long criminal history and is suspected as being part of a brutal and dangerous robbing crews that wreaked havoc in the summer of 2014. That's around the time Kemp's longtime friends tell us they lost touch with her.

Cedar Update: Abby Kemp will returned to Federal court this morning for a detention hearing. The result wasn't unexpected. The Federal Magistrate denied bail after determining that she was a flight risk.

Kemp's prior life included working at Hooters and Twin Peaks as well as a brief effort at modeling
Posted by Cedar Posts at 9:54 AM

Poor Abby pretty white girl started taking nigger dick and now she's sorry. Didn't take her long to rat the coon ass out did it. Hope you enjoyed that nasty jungle love because like they say once you go black you can't go back. Hope your white ass rots in jail.

Under Federal Sentencing Guidelines she'll get minimum time, if she rats out her homie and claims some sort of drug use she might even walk. Best thing that could have happened to her was a federal charge. No parole but women get a lot of leniency in the federal system.