Celebrities sobbing online, college kids unable to cope turning to group "cry-ins" where tissues and hot chocolate are passed out. One college invited undergrads to try coloring books and playdoh to deal with the grief of Hillary losing the election. 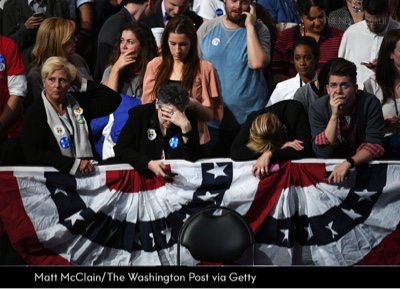 Perhaps it is understandable, given that we have raised a bunch of pussies. Lock step education where everyone graduates, participation trophies just for showing up. Obama's back to back victories and Hillary Clinton's unchallenged assent to become the democrat's great white hope, all led to the shocking reality that someone had to lose. 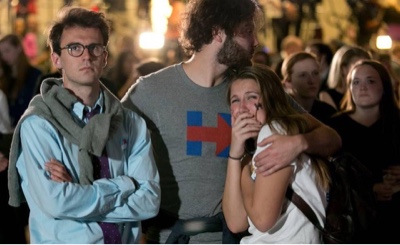 Can you imagine, your employer closing the office or factory for a week so that you can emotionally collect yourself? A dozen colleges did just that, they canceled classes, and postponed exams for so the melting precious snow flakes could mourn and comfort each other. 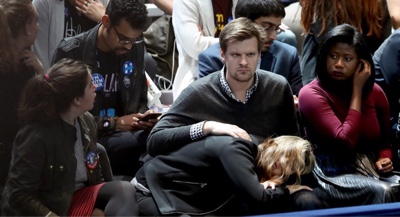 Dozens of libtard media types felt is was necessary to post "how to" guides on explaining Hillary's loss to your children.  One explained the defeat of Hilz to his 6 year old this way: 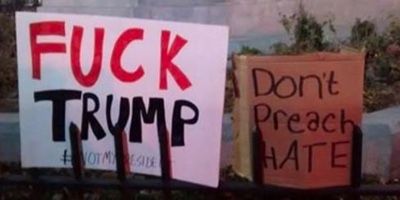 Protests sprang up overnight in cities where Hillary had the votes locked up. The madness of protesting after the election, is like holding a pep rally after your team lost 34 to Zip! 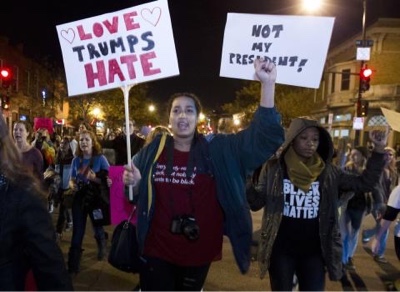 Can you imagine forking over $60k per year for your daughter to attend Cornell and this is the photo that greets you on Thursday evening? Can you imagine? 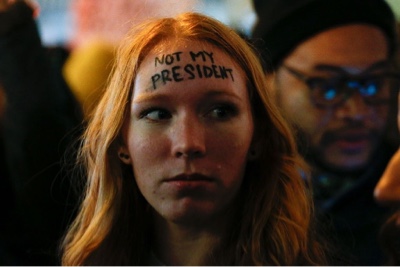 Cedar's Take: Arrested intellectual development goes hand in hand with arrested emotional development. In other words, stupid is as stupid does.

Many of these precious snowflakes distraught over the defeat of Hillary Clinton are clearly unable to cope with the realities of life ahead. As Cedar's see it these nut cases may never recover from the sudden realization that contrary to what their parent told them you can't be whatever you want to be. You can only be who you are.

Seriously flawed these liberal moon bats think this is normal, its perfectly understandable to have a melt down over the defeat of Hillary because in their world the election was everything. In reality national elections happen every four years, someone wins, someone loses and life goes.

Protesting for five nights straight is nutty and this is why America voted for Trump.

Most republicans expected the coronation of Hillary Clinton to go ahead as planned, even as the polls showed a closer race. But what was missed on the masses was that most weekly polls for two months prior to the election showed Clinton's lead was usually within the margin of error. 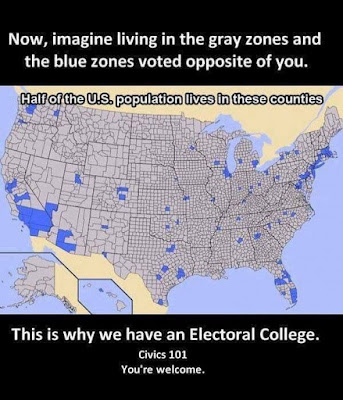 Yes cupcake that's right most of the geographic nation didn't vote for Hillary. All those people who live in rural and small town America have a voice and they said no.

Its as simple as Ford over Prius, Budweiser over Pinot Noir. Fact is Tofu lost to Steak and Baked Potato, and you should have seen this coming.

Hilz didn't couldn't relate to hard working America. Her campaign staff knew this and kept her rallies to cities were they new she would win.

I know, I know Hillary won the popular vote. Sad isn't it.

Conservative hard working America, finally found its voice. So sit down and shut up.

There's no doubt about it; we were left with two terrible choices.We were damned if we did and damned if we didn't, no matter which one we voted for. Having said that, I have to say it's a little too soon to gloat. I just read that Trump wants all his children to have top security clearance. And so it begins.

Admittedly, I don't need a lot of selling to convince me that I need/want to buy Girl Scout cookies.composite fencing