Idiots Among Us - Killing Cousins

From the Rock Hill Hearld:
A pair of Chester cousins are charged in the killing of a man who was shot in the head while riding in an SUV before the cousins tried to hide his body in the woods, police said.
Kenneth Tyrone Wherry, 46, is accused of shooting Antonio Rowvan Thompson in the head while both men were in an SUV Saturday, according to arrest warrants obtained by The Herald.
Kenneth Wherry and his cousin, Lavondia Elisia Wherry, 49, who was driving the SUV, then tried to hide Thompson's body, said Max Dorsey, Chester County Sheriff. 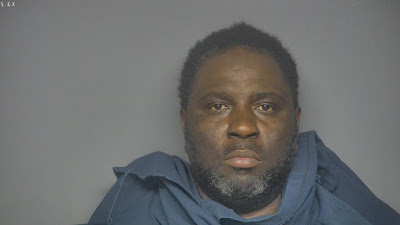 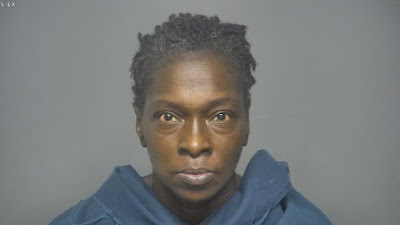 Lavondia Elisia Wherry -  Age 49
Thompson's body was discovered Sunday off Woods Road north of Chester, officials with the sheriff's office and coroner's office said.
The area where the body was found is south of the York County line.
Details of why Thompson, 41, of Greenville, South Carolina, was in the vehicle with the Wherry cousins, or the relationship between the suspects and the victim, has not been released. Sheriff officials said drugs were involved in the killing.
In a statement released to the media and on Facebook, Grant Suskin, spokesman for the sheriff's office, said, "We do believe the use of crack cocaine to be an important factor that led to the death of the victim."
Kenneth Wherry is charged with murder, warrants and jail records show. He faces 30 years to life in prison if convicted under South Carolina law. Lavondia Wherry is charged with accessory to murder after the fact, according to the arrest warrants and jail records.
A fourth person who was in the vehicle when Thompson was shot has not been charged, Suskin said. Both Kenneth Wherry and Lavondia Wherry are being held at the Chester County Jail without bail.
The case remains under investigation by the sheriff's office and State Law Enforcement Division agents.
Chester County officials have found bodies in wooded areas on two other occasions in recent years. Officials found a woman's body near Lowrys in July 2020 and a man's body in Richburg along Interstate 77 in November 2019. Both investigations are ongoing, officials said.
Posted by Cedar Posts at 3:05 PM

Cedar, Can you advise if systemic racism or white privilege played a role in this killing? I just want to make sure evil whitey didn’t have the boot on the neck of any of the fine citizens involved in this matter. Maybe the departed called the killer by the wrong pronoun. Maybe he wasn’t wearing a mask. I don’t know.. wasn’t there.

BLM in action! The evil white people are to blame for their misfortune. They should be given house arrest or electronic monitoring!

Why should they be given any respect?

Those two are never going to be productive citizens in any sense of the word so our tax money will keep them up for the rest of their lives! BLM in action!