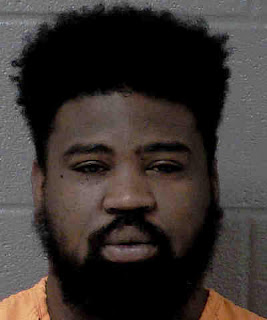 The latest victim Harry Marquis Brown was 28 years old when he was found by CMPD Officers. The shooting just north of Uptown Charlotte Tuesday night. According to Charlotte-Mecklenburg Police, the shooting happened in the 1000 block of McArthur Avenue a little after 9 p.m. When officers arrived at the scene, they found a man who had been shot. The victim, was taken to Atrium CMC Main where he was pronounced dead. 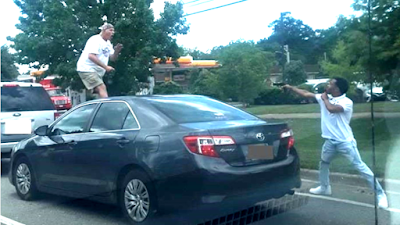 CMPD says "As more COVID-19 restrictions are eased, more people are back on the roads." This has led to a large increase in road rage incidents.

In fact CMPD reports more than 40 road rage incidents have been reported so far in 2021 and that 20 of those cases have resulted in guns being drawn.

Here are some tips to avoid violent road rage incidents:

3. Do not confront another driver

4. If someone is driving slowly, keep in mind they might be lost

If you are involved in a road rage incident of any kind, call 9-1-1 immediately. Give us the opportunity to respond and manage the situation for the safety of everyone.

Cedar's Take: The rapid increase in "road rage" around Charlotte is directly linked to a lack of enforcement. CMPD and the North Carolina Highway Patrol are spread too thin to combat aggressive and reckless driving. Roads in Charlotte are dangerous at all hours late night driving on 485 is like being an unpaid extra on the set of Fast and Furious.

Meck County Sheriff's Office is working 485 as resources permit, but deputies aren't likely to pull anyone unless they are doing more than 16 miles an hour over the posted speed limit.

Keep in mind that Yankee transplants they have no idea where they are going so they drive like idiots. The longer they are lost the more they curse slow driving Southerners jam on the brakes and lay on the horn to vent their frustration.

Southerners know the Queens Road and Sharon Road setup. They understand that no two interstate area interchanges are alike and some you can get off at and can't get back on except in the opposite direction.

We all know the story of the Yankee lost on Queens Road for 3 days. It is true that he thought if he just kept turning right he'd find another road. Then he got on Sharon. 2 days later he thought he'd found his way home and called his wife to say he was on Woodlawn, but the road names changed so fast that he gave up when he saw he was on Eastway and just drove back to New York.

Above are just some of the victims of gun violence so far this year.

It may seem that CP is rather unkind and we may seem uncaring. Frankly the death toll is unacceptable. The blame is squarely on the courts. liberal judges and soft on crime DA as well as Charloot's far left politicians like Vi Lyes who accept this gun violence as the new normal.

The truth is 2/3 of those pictured above have been in jail over the last three years. Nearly all of those arrested for these murders have prior arrests most for violent crimes many using weapons.

In other words most of these people would still be alive today if our elected and appointed  judges and politicians would stop being soft on crime.

Pledge Fund - Just FYI If you are not on the class action list regarding the pledge fund you should be.

Off topic.. I know but I gotta get this off my chest. Just saw the news report on “black trans women” matter. I cannot stand the liberal media. What these fools failed to mention is the black trans women that are murdered are also whores. These aren’t college kids, nurses, grocery store workers etc. NO. They were mixed up in drugs and sucking dick for money. So... could we be a little more transparent in the news reporting? Otherwise WCNC would have you believe there a bunch of hillbillies slaughtering gay people.

How about the new rules of engagement the training staff is getting ready to put out.. do not fire, unless fired upon.
It’s coming

How about CMPD wasting time and resources to change our uniforms back to the 1970’s style and putting out worthless YouTube videos! How much money are you wasting to buy new uniforms and belts for the entire department?? Employee Wellness my ass! Any bets we will not see the real results of the latest survey.
There is no communication from the ivory tower and PIO office. We are just dumb sheep running around with no leadership.

Everyone one in this department is out for themselves. Sergeants don’t respect the hard work the troops do (that makes them look good) they only are out to protect themselves. Sergeants don’t communicate or participate in the troops work only when a complaint arises. Sergeants accuse officers of wrong doing with no merit and to fish for what they think happened. No one has confidence in anyone in this department and quickly accuse, think and second guess everything with no merit. Employee wellness is a part of the core 4 yet when it is needed by an employee for any reason it as looked upon negatively. Don’t make a core point of department values unless ALL persons in supervisory capacity are willing to support it without question or doubt.

You think JJ and the rest of these incompetents really believe in employee wellness???
If they did things would be different around here.

I would have thought every PD would be pulling folks over in the 485 construction zone to get those huge fines. A team of Ray Charles and Stevie Wonder could bat 1000 pulling over speeders in that section. Every time I drive thru Meck, it reminds me how much better I am for having moved. The trash, the beggars, the crazy driving, the horrible roads, the lack of planning adding new apartments anywhere crowding already exists. And this is just the view from my driver side window. When you actually get to a destination, say South Park, then you start to question why you aren't packing the .454 Casull. No thanks, I'll order online and stay in the burbs.

ONLY FIRE UNLESS FIRED UPON?????YOU GOT TO BE FUCKING KIDDING ME! THEN THIS SHIT WITH THE POLICE ATTORNEYS OFFICE?? HOW CAN ANYONE JUST WALK INTO WORK LIKE THIS IS ALL COOL?

OK, I'll bite. What shit with the police attorneys office?