CMPD Blue and White SUVs are parked along the street and Yellow Crime Scene Tape is fluttering in the spring breeze as detectives and CSI techs swarm the scene. Typical for Charlotte and Mecklenburg County in the age of our Democrat run city/county governments. 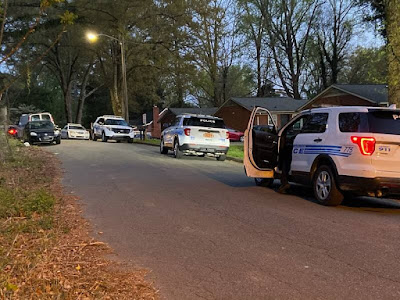 It is business as usual with CMPD conducting a new homicide investigation, the 26th of the year after a man died during an apparent robbery attempt and shooting just after 6:30 p.m. on Good Friday.

Responding CMPD officers have found 35-year-old Walter Livingston suffering from an apparent gunshot wound. Paramedics with Medic have responded and pronounced him dead. 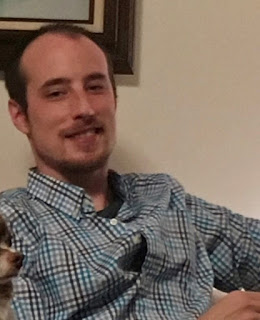 Walter "Walt" Livingston
Routine is a word that Officers have become familiar with.

But what makes this homicide not so routine is the victim is a white male.

Walter "Walt" Livingston was found in front of an apartment on Washburn Avenue, just around the corner from Bojangles Coliseum wedged between Monroe road and Independence Blvd.

The 35 year old was born January 14, 1986 in Moore County, North Carolina. He was a 2004 graduate of Hunt High School in Wilson, and a graduate of Appalachian State University.

His 2016 arrest for larceny is his only apparent criminal record.
Yet his story ends there.
There will be no CMPD presser asking for leads in the case or community outrage when a week later a 16 year-old  juvenile is charged with the murder of Walt Livingston.

The teenager's name will be withheld due to being a juvenile, as will most the of facts of the case.
Posted by Cedar Posts at 8:46 AM

Cedar I'm in Providence so IDK first hand but if I heard right the shooter had broken into Livingston's car when Livingston exited the apartment and confronted the kid.

Y'all keep it civil please. I don't have time to moderate comments. IT ain't my thing and Google keeps emailing me about reported posts. Apparently someone hates Paige Spiranac.

I luv the title of the story and then Cedar puts that commment. Its like lighting a fire and then yelling at the firemen.

10:21 I agree but have to ask is it true the of the vics only Livingston is white? There are no other white shooting victims in Charlotte? How is that possible? What about the perps? Surely some white person killed some one. Assuming the kid that killed Livingston is black. Do we know that? Asking for a friend.

The thug shooter is black

This case sounds similar to the Zachary Finch IPhone robbery incident in 2018, when two teens set him up on OfferUp. It’s amazing these teenagers find a direct route to throw their whole life away. More Youth Interventions like Job Interview and Job helped is needed! When you have a job you don’t have time to commit stupid crimes like this. PWorld for City Council

It was his own fault he got shot cuz he had the white privilege and the kid just needed some money for crack. He should had given it up.

When did 16 year olds charged with murder get this no media coverage?

Is command staff going to fill in the troops on what the plans are after the verdict is released in Minn?

Seriously ??? if you don't know by now you must be a rookie....big red handle snatched off the wall...12 hour shifts... no days off..ps. everything goes better with a bright blue pants stripe.

Why no emails about 12 hours shift etc why won’t this place communicate by email?

Cedar. What’s your take on the Army LT suing the police department in VA for OC’ing him? I thought the officers tactic need work but honestly... who argues with the police after driving a mile and a half and then films the stop himself trying to bait the officers. You ask me, a LT in the Army should know how to follow orders. He wanted to be cute and get his 15 minutes of fame and then play the victim Of course the department threw the one officer under the bus and fired him. If you think that won’t happen here boys and girls you need to wake the F up. Hidey Hole! JJ will throw you under the bus and then drive over you. Believe that.

Yeah they cant wait to parade around a white male cop for PR purposes right now. The next CMPD Officer that fucks up will be made into "Look how we handle it here" propaganda. Don't let it happen to you.

You are too smart to work here. Some of these idiots will go punch a bum on tape by end of the day. Stop applying logic to police work or they will come for you next.

PD getting on the mandatory OT program too?

Anyone have a name of the suspect?

Walt was a friend of mine didn't know that long and is very good guy. So he didn't live the perfect life who does. Turns out his girlfriend's son shot him because he asked him to go to the store. Turned into an argument the kids lives out to his trunk pulls out the gun loads it goes back in the house and shoots him. Is that girlfriend the kid's mom helps hide everything and get the kid out of there. She has since been busted for selling controlled substances and been trying to bust people on the other end to get some of her sentence dropped I suspect.