Southerners are Smarter than Yankees

Y'all going to love this: 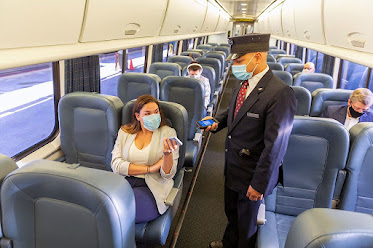 "How are the three of you going to travel on only one ticket?" asked one of the Yankees.

"Watch and learn," answered one of the boys from the South.

All six boarded the train where the three Yankees sat down, but the three Southerners crammed into a toilet together and closed the door.

Shortly after the train departed, the conductor came around to collect tickets. He knocked on the toilet door and said, "Ticket, please." The door opened just a crack and a single arm emerged with a ticket in hand.

The conductor took it and moved on. The Yankees saw this happen and agreed it was quite a clever idea. Indeed, so clever they decided to do the same thing on the return trip and save some money.

That afternoon when they got back to the station, they bought a single ticket for the return trip and watched, while to their astonishment, the three Southerners didn't buy even one ticket.

"How are you going to travel without a ticket?" asked a perplexed Yankee.

"Watch and learn," answered the three Southern boys in unison.

Shortly after the train began to move, one of the Southerners left their toilet and walked over to the toilet in which the Yankees were hiding.

The Southerner knocked on the door and said, "Ticket, please."

There's just no way on God's green earth to explain how the Yankees ever won the war.

Sorry I meant to summon the clot-shot idiot , not the chikin’ Samich guy 😬

Wrong again…🤨. I m waiting for the hidey hole guy to chime in too!