Death and Taxes In Charloot!

In this country there are those of us who pay the taxes, and those who don't.

Taxes that fund our City, County, State and Federal Governments, as well as Police, Fire, Roads, Bridges and of course Social Equity.

But Joe Biden's "pay their fair share" demand is a distorted dishonest ploy, to give cover to so many who will never pay taxes.

Those who don't and those who do pay taxes come in three groups:

A large number of hard working people who pay more taxes than they realize.

And a huge number of people who pay no taxes because these are people struggling to make ends meet, on welfare or disability, or are trying so survive on nothing but social security retirement.

And then those who don’t pay taxes but have plenty of income, this third group is made up of drug dealers, hookers, thieves, human traffickers and apparently dead beat politicians, airlines and some large banks. 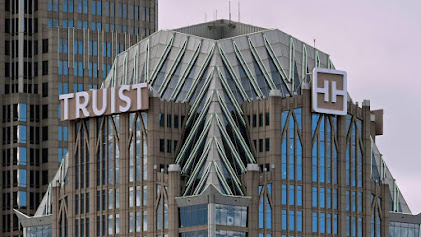 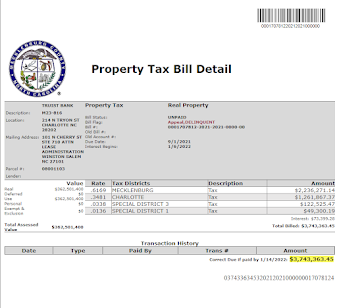 And yes now they are appealing the bill. 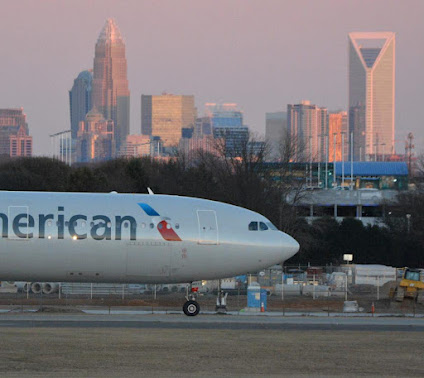 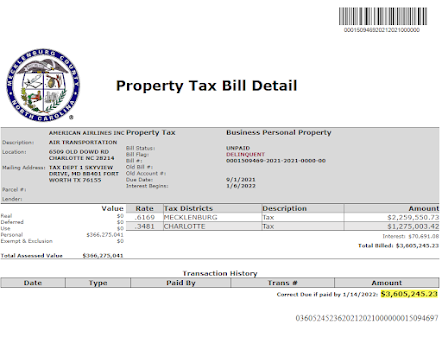 So what happens is you pay pay your taxes on time to support those who don’t pay taxes first and then for county and city services.

But given the numbers doesn't it seem odd that so many people don't really pay their "fair share" yet Joe Biden wants to tax your fractional ownership in bitcoin, or tax your yard sale proceeds?

Take that a step further. When those of us who pay need something, it's tough shinola. When Truist or AA needs something, govco opens their wallet, which means all of us have to pay even more.

Add up all the property taxes in your neighborhood. It doesn't come close to AA or Truist. hell 1,500 Dimples make up one of those. At least she paid, late, but she paid.

I'm sure Tepper is taking notes.

I hear ya Cedar. The turds don't care. Seriously want is $4 million to Truist nothing but total chicken scratch. Truist took in $20 Billon in 2020. And that was a bad year. They cleared $1.6 Billion during the 3rd quarter of 2021. Screw them!

And American they can kiss my ass we basically give the airport to them and allow them to fly in here at tree top level at 1 am rattle my house which is 20 miles north of the airport. If they don't want to pay their "fair share" screw them. I say boot a couple of their planes.

Why is this not news? The tenth largest bank in the nation isn't paying there taxes?

So Captain has me doing some clean up in the CMPD archives and I found our old training simulator from the early 1990s. I posted it to youtube. Could you imagine if we taught the rooks this shit in today's department? Just watch the first 5 minutes and tell me this simulation isn't accurate as fuck to the current streets of Charlotte.

Ajmera still owes $45.66 interest for paying late, just like everyone else who paid after January 6. It is statutory and not permitted to be waived--not even if you are a City Councilperson looking for special favors and an attorney pays your bill weeks after modification on financing is complete. If you claim to be an accountant and run for office on your 'skills' how can you mess this up and then try to skate on less than $50 when exposed for it? seriously. We have such a bunch of losers in the Mayor & Council position. And Jaiwo screwed everything, used it as a resume builder and skipped town. Morons, every one. With spineless, corrupt Jones still in charge. Awful.

Can someone help me with these math numbers?

If we lose 100 officers each year and we only hire 50 officers, how many years before the FOP files a compliant with the State for issues with man power like the MSCO? Did the MSCO ever get the jail fully staffed?

Death, Taxes, and the PLEDGE FUND in Charloot!

Definition of Irony: 2 months ago CMPD HR said officers would have to go on their own time and only to a medical facility for COVID-19 testing each week if they chose not to take the vaccine. They ordered that “at home tests” DONT COUNT as a reliable test. Fast forward to today. CMPD HR issues an email on how to obtain the free at home tests from the US GOV that once were not satisfactory to their liberal agenda. IRONY.

Get vaxxed or STFU.

Oh the shifting narrative. And to think many woke companies let go of some extremely valuable assets, worried about OSHA fines or whatever the fear was for them...and now CD admits cloth masks are as effective as the pull-out method, the vaccines have no effect on the new strain, a take home test counts, and there's really no need to quarantine because the conditions are just being made up as they go. So here we are 2 years into this mess, and little by little the truth is dripping out.

Don't worry though, it's just a mild case of myocarditis. Or a mild stroke. Sheep. Following JJ as he leads his flock.

Definition of Irony: 2 months ago CMPD HR said officers would have to go on their own time and only to a medical facility for COVID-19 testing each week if they chose not to take the vaccine. They ordered that “at home tests” DONT COUNT as a reliable test. Fast forward to today. CMPD HR issues an email on how to obtain the free at home tests from the US GOV that once were not satisfactory to their liberal agenda. IRONY.

So now we are at the mercy of the compliance dashboard a system used to get officers written up. Chief if you want to retain officers you need to ease up on having your worker bees written up for minor piss ant issues. Really this is not conducive to a work friendly environment. As soon as I get a offer in the private sector I’m out!