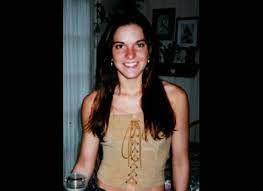 Tomorrow January 14, 2022 is the Ten year anniversary of the murder of Danielle Watson, I'm still haunted by the fact that the criminal justice system failed not just Danielle, her family and friends, but failed us all.
Danielle was the night manager at The Flying Biscuit Café located at Stonecrest Shopping Center, in South Charlotte. As you enter the Chick-Fil-A and circle the building you drive over the crime scene and past the dumpster where Danelle took her last breath.
CP
On the night of Saturday January 14, 2012 Watson's fiancé received a phone call that led him to believe she was in trouble. He tried to get back in touch with her. He couldn't reach her, and wasn't able to go check on her himself because Watson had their car at work.
So he called 911. He told the dispatcher the name and address of the restaurant where Danielle worked, but the dispatcher misunderstood. Because on this error a CMPD officer was dispatched to an empty house four miles further down Rea Road, to a place called "Plum Biscuits", which doesn't exist. That mix-up led to a delay in police response. It would be several hours before CMPD Officers put the pieces together.
Watson's fiancé said the dispatcher did not call him back to say nothing was found. CMPD later said it was a mistake for the dispatcher not to clarify the information. Policy now requires all dispatchers to repeat back the address.
On the morning of January 15, 2012, officers were called to the Flying Biscuit at 6:24 a.m., according to a search warrant. An employee told officers the business was open, and money was missing from an unlocked safe. When officers entered the restaurant, they found blood inside the building. Nearly two-and-a-half hours later while officers were still processing the crime scene at the restaurant, an employee with Allied Waste Company told officers that he had found a woman's body behind the Chick-Fil-A dumpster in the parking lot adjacent to the Flying Biscuit. 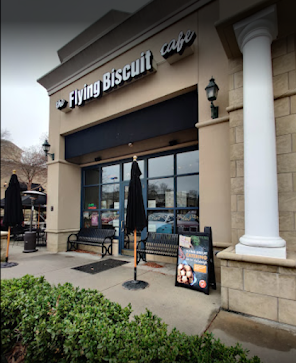 Such a sad loss. Beautiful girl and baby. Thug should have never been let out of jail or given a job.

Cedar I think you might have struck a raw nerve here. This was a tragic event that shouldn't have happened. Mark Cox if he had have never been released from prison or if he was never hired or if he was not allowed to work alone with another employee. CMPD Dispatch totally fucked up. If the responding officer known the area he / she may have figured out where the call should have been directed. It might be that if the proper response address or if business name been noted by dispatch than Danielle may have survived her injuries. That however is a lot of if a lot of human errors.

What really troubles me is the lack of response on this post and that we learned nothing the Meck DA turns POS like Mark Cox loose everyday.

"The number of crimes committed by members of the African American community is disproportional to the population at a 5-1 ratio. Yet the liberal masses refuse to address the fact that "The African American Community has become a culture of violence embracing criminality and gun play". Instead of addressing this core issue, they dismiss this charge as racism and white privilege."

Yeah, look at what is going on in Fayetteville right now! Same old story.

Y'all see clueless Chief Stella speaking in Raleigh speaking about a brotha' getting tazed after he fled a wreck scene and was pointing a knife at everybody?

He wanted him a little bit from the white chick but when she refused he couldn't handle being told , "No!"