The sound of rain bounces off my deck and fills the air with the steady hush of spring in the making. Sputtering cascades of water splash over the edge of my home's gutters, neglected and full of the leaves from winter past. It's a steady and welcomed rain after a long summer and fall drought.

The trouble with living in the same place all your life is that memories are a burden and I feel it necessary to tell everyone I know that the sprawling development and golf course where I live was once a farm, far removed from the traffic that now boarders it on all sides.

Years ago and only 200 yards from where my home is today, was a barn and not far from there a farm house which over looked a large green pasture, a hundred cows and a couple of never really happy to see you bulls that once roamed this place. A place that now for the last 15 years I've along with a dozen other homeowners have called home and that golfers know as a long par five over the creek and up the hill with a well protected green.

Behind my home, Four Mile Creek cuts across the emerald green second fairway and flows towards the number one tee, then it runs along the ribbon of grass that is number ten and darts across the narrow number 11 fairway before ducking into the woods and out of sight. 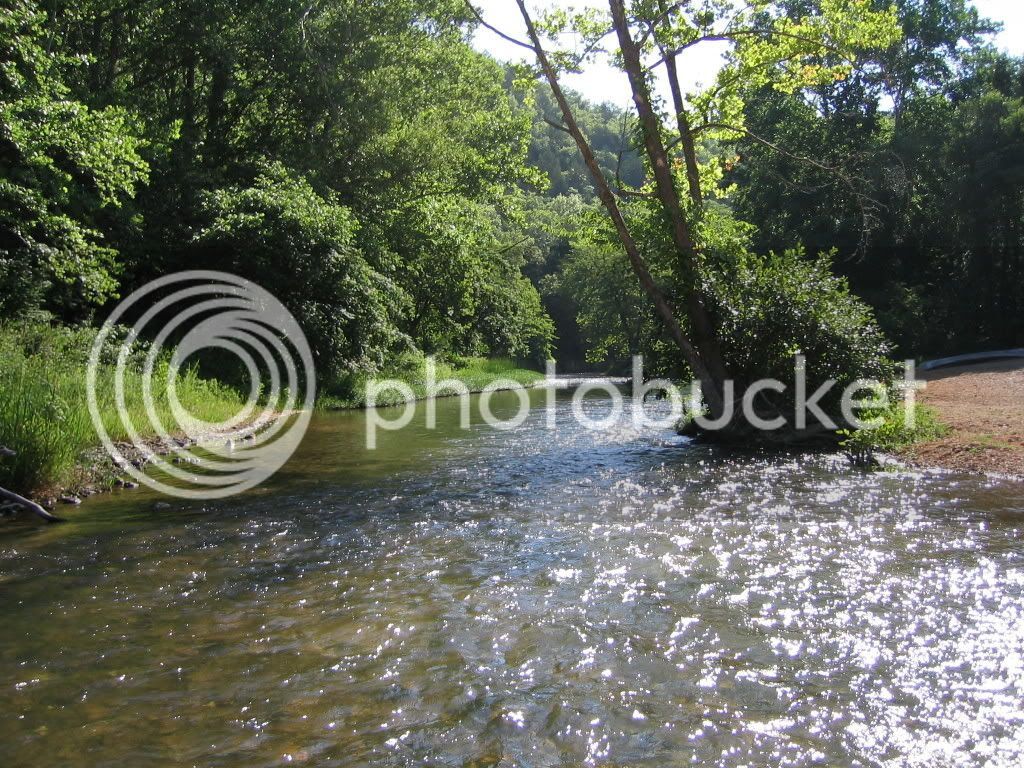 It is a creek that was once part of my childhood. During spring's heavy rains, my friends and my brother and I, would float a couple of canoes down the creek. We knew that if we kept going, stayed away from the dreaded diamond backed water moccasin copper headed cotton mouth snake that dangled from the tress and swam in the creek that we could make it all the way to the Atlantic ocean. Of course only once did we venture far down the creek but when we did we saw things we haven't seen before or since.

A week of rain had turned Four Mile creek into a Mississippi like muddy river. The four of us in our two canoes glided past cypress and pine trees, over rocks we'd normally have to portage around, over rapids and most important over the barbed wire fences that crossed the creek every few thousand yards.

In the Carolina's the standard farm fence is a combination of varmint wire (four feet of little squares on the bottom ever increasing in size) and two strands of barbed wire added to the top. Varmint wire is used to keep the varmints out, little ones on the bottom and bigger ones like fox on top. You have to run two strands of barbed wire to keep the cows from pushing the fence down, the whole thing was held in place by cedar posts unless there was a good sized tree handy.

These fences were our worst adversary, without the heavy rain and the flood, floating down Four Mile Creek was impossible. I still have the scars of a few entanglements with barbed wire fences to prove it.

When Four Mile ends it spills over a dam into another deeper and wider creek that also rises out of its banks when there's a heavy rain, if we were ever fearful it was probably when we realized we had simply floated over the dam that normally ended our leisurely trips down the creek in the past. This was the dam that in the past had always said go "home boys".

Realizing we had passed into the forbidden zone we kept going, amazed at our luck and the new perspective of our world. Everything looked different from the creek at well past flood stage. We passed cows and rusted tractors and suddenly became Louis and Clark ignoring the no trespassing signs presumably nailed by Indians to keep explorers out. We were enjoying our freedom and sense of adventure when our pristine world of spring sunshine and fresh air suddenly changed to a horrid stench as we passed the outlet for the county sewage treatment plant, but we pressed on.

Sometime late in the afternoon we decided we'd had enough of the Tom Sawyer Huck Finn lifestyle, tired and hungry we wanted to go home but as in real life sometimes you just have to keep going not knowing where you'll end up. Finally miles from home we came to road and a bridge that crossed over the swollen river and decided the water born life had lost its novelty and it was time to return to the civilized world.

We hiked a short way down the road to an small store with two old men right out of the movie deliverance, there we used a pay phone to call home. But the dime deposited into the slot marker 5-10-25 wasn't enough as to our great surprise it was a long distance call. A couple of quarters later, David's mother was on her way with a pickup truck. Yes this was in the days before cell phones.

I can't even image what the men in the store or David's mother thought as she never said a word, but to us four Carolina boys exploring our world, it wasn't a big deal at all that we had traveled nearly 34 miles by canoe in an afternoon.

The rain slows and then the warmth of the sun covers the pristine golf course where I live and the cows do not. From my deck and I can see that Four Mile Creek has once again slipped out of the banks that constrain her and I long for a simpler time, an old canoe and an entire day to explore the world.
Posted by Cedar Posts at 3:37 AM

Wow....absolutely beautiful, amazingly well written and just stunning as I was transported right alongside you journeying Four Mile Creek!
What a gift with words & writing you possess.

Now through DNC, we will also receive a 911 call from a company reviewer, in addition to the web-based alert.cedar fence pickets