Far removed from our daily lives and the safety of our neighborhood streets, on the other side of the world, our Marines continue to take part in a US led offensive against aggressor forces in Afghanistan. The news this morning brings the battle field to Charlotte's door step. A neighbor of your's and mine has become the latest fatality in the southern part of the country known as Afghanistan. 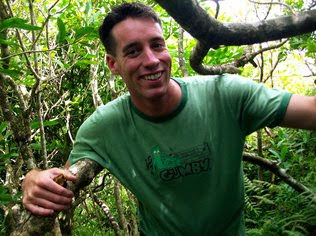 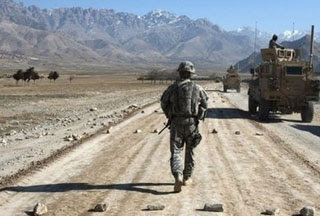 Clicking on the above photo will take you to a 65 photo slide show of US Marines
in the Afghan city of Marjah. Photos by Andrea Bruce-The Washington Post

According to a Tuesday statement released by NATO's International Security Assistance Force (ISAF), our Marine was killed by a hidden Improvised Explosive Device (IED) in city of Marjah Afghanistan.

Additional sources reported;"An ISAF service member was killed in an IED strike in southern Afghanistan today," a brief statement said. "This is an Operation Mushtarak-related casualty."

Noah Pier is the third Marine from Bravo Company, 1st battalion, 3rd regiment who has died from injuries incurred from a roadside bomb blast while in Marjah. The casualties of US and international forces in Afghanistan are on the rise as the US-led military operations launched against a Taliban bastion in the Marjah district of southern Helmand province continue.

Earlier on Tuesday, an ISAF press release said that two other US Marines had died on Monday, following IED strikes in the same area of southern Afghanistan.

Noah Pier was the tenth death announced by the coalition forces since the operation Mushtarak started.

Noah's death brings to 77 the number of foreign troops killed in Afghanistan so far, this year.

“Most of the IEDs we’ve found were concentrated on the routes of entry into the city, though we are still finding IEDs throughout the Marjah,” said Maj. Billy Moore, Executive Officer of the 3rd Battalion, 6th Marine Regiment which is also operating in the area.

Major Moore, also noted that the bombs deeper in the city are still very powerful and dangerous.
According to a Marine Corps spokesman Noah had served one previous tour in Iraq and had deployed to Afghanistan in November.

And we are a grateful nation of neighbors who proudly stand with his family and honor his service.

Additional Condolences from the Patriot Guard can be found here.
Posted by Cedar Posts at 8:49 AM

That is very sad news. My thoughts and prayers go to the family.

His name was Noah Pier and his family owns a Home and Bath Renovation Company here in Charlotte. Please keep the Pier and Stalnaker families in your prayers.

Thank You Crystal! Sad news for all.

Reeling from the devastating news of Noah's death, we remember so many little things about Noah from childhood to his recent life as a Marine. He was proud to be a Marine and proud to fight for our memory. Our hearts are so heavy for our friends, Mark & Vicki, Noah's fiancee and all the children. We want them to know that we are so grateful for this ultimate sacrifice that they have given. And we are praying for God's sustaining comfort.

Cedar I'm glad you posted this about Noah Pier. For most of us Afghanistan is far from our thoughts, but you made us aware of the men and women who keeping us safe.

We should never forget.

The photo on the link BTW tell alot of the story. Excellent post!

And I'm so sorry for the families loss.

This is very sad to hear. Noah was a customer of mine. He was so excited when he joined the marines. My thoughts and prayers go out to the family.

A greatful nation stands proudly with the family of Noah Pier.

We never had the honor of meeting Noah, but know his dad, Mark, who always spoke so lovingly and proudly of all of his family. We are sure Noah was a fine a man as his father is and a Marine and American we can all be very proud and thankful for. Our thoughts are with Mark, Vicki and their children and all of those feeling this loss in this overwhelming time in their lives.

Greater love hath no man than this, that a man may lay down his life for a friend. (John 15:13)

Thank you for your service.

Words can not express how sad I am for this marines family and friends. May God bless them in their sorrow.

Cedar,
You need to keep abreast of the travel arrangements for CPL Pier. We Charlotteans and surrounding counties need to show the world tht we support our young men and their families, not just in these sad times, but in their efforts to establish peace in a world gone so wrong.
To the Pier and Stalnaker families our hearts go out to you. To all Soldiers still fighting for our freedom, stand tall, and continue to move forward no matter what lies ahead.
Remember: ALL GAVE SOME AND SOME GAVE ALL

The Piers will be issuing an official statement either today or tomorrow. They are returning from Delaware where they welcomed Noah home early this morning.

Noah was a great man! I pray for his family who are hurting more than I could ever imagine. I won't pretend like I know what they are going through but I offer words of encouragement, God has a plan. I will pray without ceasing.

Thank You Cedar Posts whoever you are for putting such a nice story together. Noah was a friend of mine he will be missed by many.

This is very sad news. I never had the pleasure of meeting Lance Corporal Pier, but i have no doubt he would have shaken my hand, looked me in the eye & called me "Sir".
My condolencences to his family & congratulations to his parents for a job well done.

Dear, dear Noah... What a remarkable life you lived. You touched the lives of so, so many along the way. I pray so earnestly for Vikki, Mark, and all of your loving family, as well as Rachel and her family, during this difficult time. I also continue to pray for your Marine brothers as they struggle with this, while trying to continue ahead on their missions without their fallen brother at their side.

Vikki and Mark raised you to be such a fine young man... such an honorable man... Thank you for touching my life -- You have left a "bootprint" on my heart, as well as that of my family. Semper fi.

Here is the full text of his family's statement:

"Lance Cpl. Noah Miles Pier was our son, brother, grandson, uncle and cousin. He believed in what he was fighting for and he died for your freedom. Noah proudly served his country in Operation Iraqi Freedom and Operation Enduring Freedom. The oldest of 10 siblings and the first grandson on both sides of the family, Noah always wanted to be a Marine.

Noah was such a happy man and he loved to laugh. He greatly anticipated coming home from Afghanistan to marry his childhood sweetheart, Rachel Black. His laughter and love of life will be sorely missed.

Noah will be laid to rest in Arlington National Cemetery. Charlotte services are pending.

We truly appreciate the outpouring of support from our friends and neighbors in the Charlotte-area.

We had the great honor of knowing Noah, as he is close friends of our daughter. He was the sweetest boy anyone could know. Honest and loving, he played with our much younger son and we loved having him around the house daily. Noah will not be forgotten, he will live on forever in the hearts and souls of all that knew him. May his precious soul rest in peace. We love you Noah, thank you. Thank you for being you, thank you for what you stood for. Thank you for giving your life for me and my family. I pray it was not in vain! Watch over us, know that we feel you!!

Cedar you should get a group of people to press the Raptor Center to name the new baby American Bald Eagle after Noah Pier.

The Pier family is good and Noah was part of that. Noah will be missed greatly, but we understand that we haven't seen Noah for the last time. So as the Bible says, there is a time to mourn, and so we mourn with the Piers and yet, we look forward to the day when we will see Noah again....

God Speed Noah! You will not be forgotten.

Noah has now joined his "band of brothers" whom all made the ultimate sacrifice. My heart goes out to Noah and his family at this time. May His perpetual light always shine upon you, Noah.

Today is Memorial Day. We still miss you terribly, and this is one of those days that brings it all back to us. Rest In Peace Noah.