A couple of weeks ago Cedar Posts made mention of Warren Turner's CMPD experience and the prior accusations of sexual misconduct he has faced.

You can read all about Councilman Turner's 1988 sexploits here.

Jeff Taylor (The Meck Deck) asks the big question: "Wonder if the Charlotte city council would like to reconsider having a look at Jackson’s private personnel matters?"

But Warren Turner is the least of our concerns. And we shouldn't get overly excited about Warren's bad manners or his offer to "destroy" someone with his man hood. Turner is just a symptom of what is really going on in Charlotte-Mecklenburg (Meckburbia) Gov/Co. 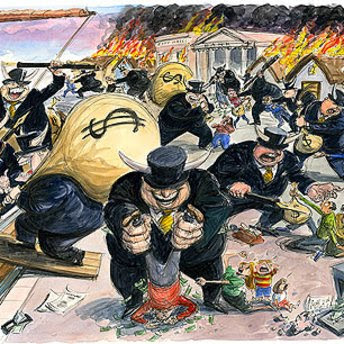 Year's ago Charlotte was a quiet cross roads, the intersection of a couple of interstate highways and 74 made Charlotte a trucking mega hub. Today Charlotte's transportation industry like the textile industry is but a shadow of its former self.

To say that Charlotte went "all in" placing a huge bet on the banking industry would be an understatement. We didn't go "all in" we sold our souls to banking.

Things change, City Council members come and go, and darlings of Charlotte change, our identity as banking capital is on the way out. So now we are on our way back to square one and if there is ever a time to rebuild and do it right that time is now.

Charlotte and Mecklenburg County are being run by a bunch of crooks, leg humpers and idiots. MOst who have very close ties to banking, remember Harry Jones and his effort to get a Bank of America employee silenced. It worked!

CMPD has a liar for a police chief, DSS is run by a bunch of thieves, CMUD can't add up your bill correctly, The County Tax Office is staffed by thugs and goons, City Council and the Mecklenburg County Commissioners look like they were selected from a casting call for a reality tv show.

I offer Birmingham as an example of where we are going unless we throw the skank, liars, crooks and idiots out of our local government.

Birmingham has been fleeced by politicians and bankers alike, the story recently published by Rolling Stone (I know the hippie rag from the 70's) reads like a who done it, all you have to do is change the names.

"Once you follow that trail and understand what took place in Jefferson County, there's really no room left for illusions. We live in a gangster state, and our days of laughing at other countries are over. It's our turn to get laughed at. In Birmingham, lots of people have gone to jail for the crime: More than 20 local officials and businessmen have been convicted of corruption in federal court." - Rolling Stone

Charlotte you have been put on notice.
Posted by Cedar Posts at 8:22 AM

We can only pray that our current "so called" leaders will be voted OUT in the next couple of elections!

Citizens are TIRED of the blatant in your face corruption! Tired of SBI and FBI playing around like they "might" actually do something with the "Grand Jury" hearings! It appears most of them might be part of the same corruption! And we know deep down they won't do a thing! They seem to be just a corrupt as BOCC, CMPD (Monroe), DSS (Harry Jones), CMUD and most definitely City Council (Walton)!

They will ALL be gone soon IF we citizens do what we need to do and VOTE them ALL out!

We don't even have a newspaper that will report the truth! SO it is up to us , the citizens, to do this!

WTG, would love to participate in a march on City Council or a parade, but I bet the permit for that would be denied, the First 48 show could share the footage with their partner shows!

Cedar you are normally pretty reserved. Calling Turner a Skank is not like you.

OK so you are right, but lets stay classey.

Oh Puleeeze, Cedar is absolutely right and calling them as he sees them.

"Classy" is as classy does, and NONE OF the people he mentions have the LEAST bit of so called CLASS, and deserved to be called out on who they really are....classless people of no integrity that continue to "play" the system.

But to appease you, how is this:
Turner appears to have a "problem" and maybe needs to enter rehab for the problem of his misogynistic,egotistical, condescending behavior that is certainly an abuse of power at least and sexual harassment most probably.

Dang Cedar,what fired you up?..I know I've been very busy lately but jeez louise calm down a little......They deserve it however...7 more days and we get a rest

OK folks, I have JUST filled out my voter registration card...had to change so I could vote for the "PEOPLE" I want and NOT the party! I no longer believe in either party! I think we need a neutral choice on the card myself! LOL....I guess that is what unaffiliated or independent is for?

Turner gets esentially fired form CMPD but is okay as a State Probation Officer? Do they not do backgrounds?

Imagine what Turner might demand as a PO if he has a female client???? Sounds like another possible Jackson situation in the making huh?