Tomorrow the Nation will go to the polls to cast votes that will make a difference in our lives, in some cases just for 2 years in others for 6 and still others forever. Choose wisely America. 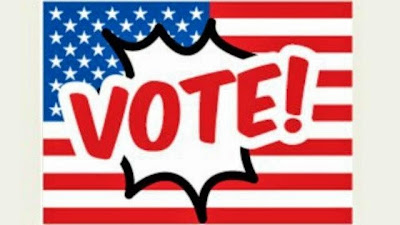 United States Senate - Hagen - Tillis Most see this race as a choice between the lesser of two evils. Hagen is a complete failure, Tillis a whack job Republican who has about as much business being a US Senator as Pat McCory has being Governor.


Hagen is such an ineffective Senator that even the Charlotte Observer slammed the Democrat:


"Hagen has been a disappointment to many voters who sent her to the U.S. Senate six years ago – and to this editorial board, which recommended her. She has done about the minimum you’d expect from a U.S. senator, with few if any notable legislative achievements. She has a chronic reluctance to take firm positions on controversial issues, leaving voters wondering what she believes in and will act upon."


Never the less, The Observer's editorial board goes on to endorse Hagan. No real surprise, but considering the Observer's readership decline it is doubtful the local paper's endorsement carries much weight outside the Blue Zone that has become Charlotte.


Let's face it Love him or hate him, North Carolina had one hell of a Senator in Jesse Helms. And that said, that neither Elizabeth Dole or Kay Hagen have lived up to the high bar that he set in his 30 years representing North Carolina. It is doubtful Thom Tillis will either, but a vote for Tillis will at least be a hope for change.


Mecklenburg County Sheriff - This race has been largely under the radar. Republican Chris Hailey and Democrat Irwin Carmichael are hoping to replace out going Chipp Bailey.


Neither candidate has extensive experience in running a large business, neither has been employed by the city or county in the past. Unlike Police Chief Rodney Monroe the Mecklenburg County Sheriff reports directly to the voters which give both an unique opportunity and a chance to improve on the operational efficiency of the MCSO.


Carmichael has run a campaign as any elected official would, public speaking engagements, signs posters, twitter and facebook posts. Hailey has remained mostly out of the spotlight running a behind the scene face to face press the flesh get out the vote push.


Hailey has relied of the racial divide within the MCSO to win election, he has the endorsement of the Mecklenburg Black Political Caucus, a rare event considering Hailey is running as a republican. Hailey's very quiet campaign may ride a republican wave combined a crossover vote from democratic voters who are voting based on color.


Carmichael is running on the "status quo" hoping to ease into the official with a promise of "its good enough".


What Cedar knows, is that there is a very deep divide within the MCSO based on race and uniform. Jail staff are considered 2nd class citizens versus those in judicial and process divisions. The secondary employment opportunities for jail staff are zero whereas many deputies enjoy the perks of take home cars and lucrative off duty employment.


Mecklenburg voters would be wise to vote for change rather than status quo, but a black sheriff and a black police chief may be too much for South Charlotte republicans. Sadly Hailey isn't a republican at all and it is doubtful he would bring a budget axe with him to office.


CP will hope the Irwin Carmichael continues the long tradition of the MCSO but also addresses the racial divide with in the department and looks to reduce the department ever expanding budget.


Many of the state and local races where decided during the primaries, which shows just how segmented and divided our region has become of the offices still in contention CP offers some "suggestions".


Mecklenburg County At Large - There is no better example of "the lunatics running the asylum" than the Mecklenburg County Board of Commissioners. From Vilma Leaks Flower to Bill James endless attacks on Gays, Un-wed mothers and liberals there is seldom a sense of normalcy on the MBOCC.


Five candidates looking to fill one of three seats on the at large board are Scott Carlisle, Pat Cotham, Trevor Fuller, Ella Scarborough and Emily Zuyus.


Here the choice is easy; Ella Scarborough was a voice of reason during her 10 years on Charlotte's City Council. Scott Carlisle a native of Charlotte should bring a fresh approach, while still somewhat rooted in the county's past to the dysfunctional board. Emily Zuyus is an exceptional choice and should be considered an ally of those of us, and there are many, who are overburdened by our local property tax.


Charlotte voters won't have a chance to unseat Bill James or Vilma Leake so removing the black political caucus leg humper Pat Cotham and pro tax at all costs Trevor Fuller would be a good option.


Board of Commissioners District 1 - Karen Bentley has decided not to run for reelection. Mecklenburg voters would be wise to vote Jim Pucket to recapture his former seat.


Board of Commissioners District 5 - Matthew Ridenhour who Vilma Leake routinely calls Eisenhower, has earned re-election. Often the only sane person on the board, Ridenhour seems to be the only one on the dais that is playing with a full deck of cards.


U.S House of Representatives 10th District - Patrick McHenry is seeking his 6th term and the incumbent republican should win decidedly.


U.S House of Representatives 12th District - Voters in the gerrymandered 12th district need to pay attention as Mel Watt's vacant seat is on the ballot twice. Once for his current term and again for the new term. Vince Coakley should be able to turn his media presence into votes. His challenger Alma Adams is a Vilma Leake spinoff complete with the nutty hats and flowers.


Foot Note: By the time the polls open tomorrow nearly 1/4 of all votes will already be cast. CP feels this "early voting" dilutes the sense of community election day should bring to not only our nation but to every neighborhood in America. It is clear that early voting also offers a greater chance for voter fraud.


It is CP's hope that in the coming years we roll-back early voting and establish the First Tuesday of November as a national holiday on which we celebrate and exercise our right to vote.

Tillis should be charged for treason. His toll road fiasco is obscene....take US assests (interstate paid for by US taxpayers), and sell it to a Spanish company for their profit. In the meantime, reward your crony contributors by giving them a free interchange for land they own, in return for campaign cash. They spent less than $50,000 to reap millions on the backs of the taxpayers. This is a scheme Robert Pittenger would drool over. Fleecing the wealthy carpetbaggers who live at LAke Norman, yet causing years of more headaches on I-77 , is the only thing Tillis will ever be known for...until the criminal complaints come to light.

The Senate race has THREE candidates.

If you don't know who all the candidates are, you don't deserve to vote, and you certainly have no credibility in giving endorsements.

Republican purge of the liberals. Amen to that.

Grath lighten up. Your candidate wasn't worth considering. Like voting for Pete Rose in the hall of fame, nice thought but 3rd party candidates are like write in's less than 1 percent of the vote, so it hardly matters.

Mel Watts negro voters turned out to vote Obama, just another reason they are behind the wage curve.