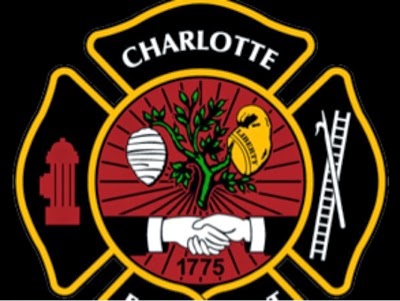 And in the latest blow to the Charlotte Fire Department, Deputy Chief Jeff Dulin – who is under investigation for allegedly posting an offensive picture to his Facebook account – had to repay $2,750 worth of expenses for which the city said he was wrongly reimbursed, according to the audit and City Manager Ron Carlee.

Carlee said he believes the incorrect payments identified by the audit were the result of inattention and an outdated expense policy, not malicious behavior. He said the city didn’t identify any instances of a city employee willfully taking money.

“While I don’t believe the violations in this report were done purposely or maliciously, I do believe they reflect a lack of understanding of the policy, a lack of judgment and lax enforcement,” Carlee said in a statement.

The audit, released Monday, covered 27 top executives and the 10 non-executive employees who were reimbursed the most for travel in fiscal year 2013.

In the single-biggest overpayment, Dulin was reimbursed $1,600 for airfare, hotel and baggage fees that he used his city-issued payment card to book, according to the audit and Carlee. Dulin also submitted a reimbursement request. Dulin was also paid about $458 in incorrect per diem amounts for four other trips, and advanced $667 for a 2012 trip that was canceled. He also was reimbursed $26.58 for two purchases made at local retailers with his city-issued payment card.

The full Observer report is here:

A link to the full report is on the City of Charlotte webpage which is here.

CP's Take: Ron Carlee has now exceeded CP's greatest expectations, in that he has graduated from "Dumbass" to "Jackass".  Only a jackass would expect taxpayers to believe that CDF Chief Dulin stole $2,750.00 from their pockets because of a lack of understanding of the policy. Given the "pending" review of his facebook posting I forecast Carlee and Hannan throw Dulin under the bus before the end of the month. They won't fire him, he'll just retire. Because that is how they "roll"
Posted by Cedar Posts at 12:09 PM

That money is a drop in the hat compared to the other wasted tax payers dollars. Example: In an effort to make a blue collared job appear to be white collared, CFD spends approx. $115,000.00 a year on golf type uniforms shirts that are routinely destroyed in performing firefighting duties. These shirts cost $24.00 a piece X 4 per approx. 1200 employees. In comparison, CFD tee shirts that sufficed for years are $2.85 a piece = $13,680.00 a year to uniform the same employees for a savings of approx. $101,280.00 per year.

I'm ok with the shirts, they are kinda snappy. Plus I'm not in t-shirt shape any more.