I'm Thinking The Daily News Might Want To Rethink This 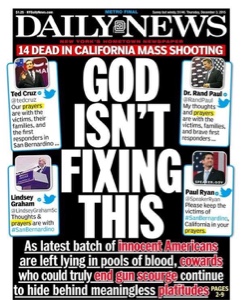 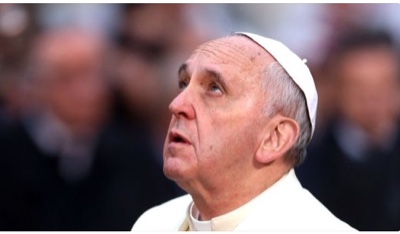 Why rethink this ? If prayers could alleviate this problem, it would have done so after Newtown.

I think it was spot on.

Sorry 12:45. I'm an atheist. Don't belive in the invisible magic man in the sky. Most of the worlds problems today can be laid at the feet of religion.

2:54, I might agree with you regarding the current issues with ISIS, and Sunni's versus Shiite's. But It's hard to believe you're really serious.

Have you considered Joseph Stalin, your comrade in atheism, who was responsible for the deaths of over 20 million people? How about the murder of over 6 million Jews by Nazi's?

Exactly which of the world's problems today would you like to blame religion for these days? Curious...

Regarding your atheism, it' s OK with me, no problem. The eternal immortal almighty just righteous God has given mankind free will ever since Adam and Eve. People can reject Him all they want. Unfortunately He will hold each one of us accountable - and BTW, the scorn in your description of the "invisible magic man in the sky" was sort of silly, wasn't it?

Be centered entirely about pride -- the way ou notice on your own If you choose to determine on your own by means of financial achievement no doubt you’ve made that a concentrate Pro Muscle Fit for most of your respective person living focusing on earning profits and receiving ahead leaving tiny place pertaining to wellbeing family members occasion and exterior.