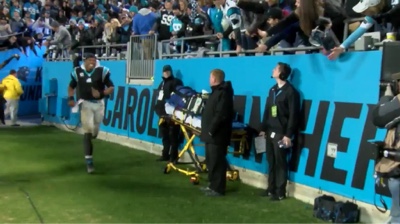 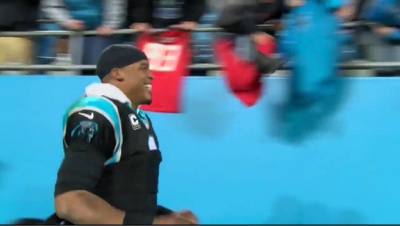 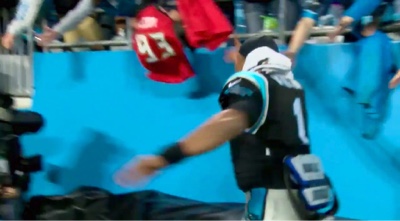 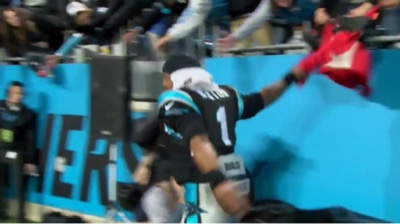 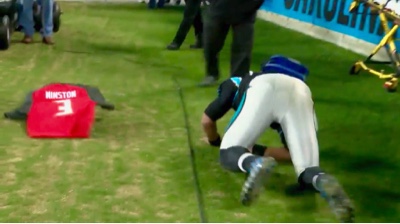 Newton starts what appears to be a victory lap with high fives for Panthers fans. But Newton has other plans, having earlier spotted a Tampa fan waving a Jamis Winston jersey.
Circling back to snatch the offending jersey Newton is knocked off his feet by an unseen force. He manages to regain his footing and retreats to the locker room.

Note to Anthony Flores with our local Fox affiliate no he didn't just slip and fall. 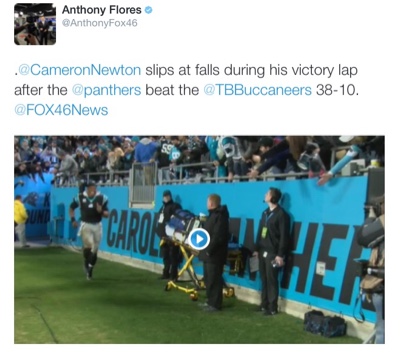 Charlotte Fire Department Can't Help You If They Can't Get Past The Gate - Cedar Posts found CFD Engine 24 running code 3 to a call along Charlotte's Rea Road last only to watch in dismay as the gates to the cluster of condos the engine was responding to failed to open. Moments later Medic 5 also arrived. 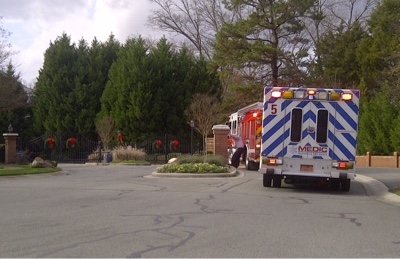 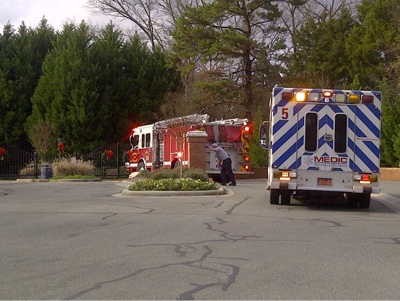 According to Charlotte Fire the gates are supposed to open when "hearing" a fire truck's siren sound the distinctive wail siren sound.

After several minutes a resident was able to communicate the gate code to the first responders and the gates opened. Thankfully the firemen and paramedics were able to reach the victim and whose injuries were determined not life threatening.

Cedar's Take - The proliferation of gated communities in Charlotte make for a lovely walled city, but the trouble is if you need "police fire or medic" and they can't get to you because of a faulty gate operation you might not live to complain to your HOA.
Posted by Cedar Posts at 1:17 AM

The post and rail fence are required for strong animals like horses while plain wire fences are used as a cheaper alternative for smaller livestock. Sometimes electric wires are also used for safety.fencing services