Spring in the Carolinas at last. Winter, (what there was of it) is now in the rear window, and so the long and grinding thaw and transition to Spring has begun. OK, that took about 3 days.

To all Yankee transplants please have pity on your friends and family left behind up north as they slog through another early spring snow storm, because winter down South is over. Hint you don't need that Canada Parka anymore and wearing gloves when the temps are above 55 make you look like a B&E suspect.

The Great Smoke Out - To commuters heading down Providence Road a familiar rite of Spring will occur this Thursday when Providence United Methodist Church, Troop 11 once again fires up the cookers, holding their annual "smoke out" on Providence Road.

There is just something crazy fun about 11 smokers lined up along Providence Road impairing visibility that says Spring. 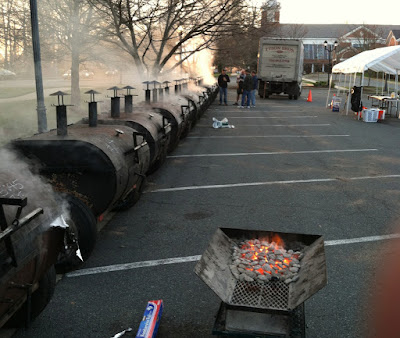 Friday and Saturday are pick-up days to stop by and pick great tasting Que. They will be open 11 am - 8 pm on Friday, and 8 am - Noon on Saturday. 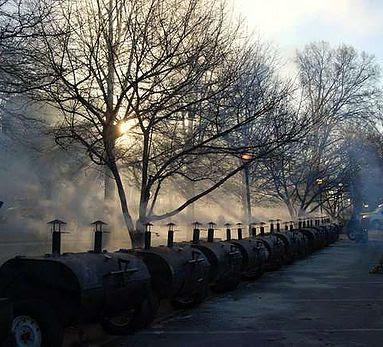 They do sell curbside on Friday and Saturday but if you don't want to be turned away empty handed, its best to order on line. You can order ahead and reserve your supply of BBQ on their web site which is here.

The deadline to order on line is Today at Noon.

Cedar's Take: I forgot to order by noon but the online system let me order at 12:15 yesterday so you might just give it a try.

Where there is Smoke there's Marty Puckett - Last Thursday Charlotte Fire Captain Marty Puckett was called to a disciplinary hearing regarding his off duty working relationship with outspoken Charlotte City Council member Claire Fallon. At issue is Puckett's volunteerism helping the department's most vocal critic. Let's be very clear, this is a overtly and in your face attack against Claire Fallon.

City Manager and resident DB Ron Carlee, claims it is against city policy and he cites a number of wacky reasons as to why. But look around, we have CMPD Officers doing off duty work for elected officials all the time. CMPD command staff who moonlight as real estate agents selling homes and leasing rental properties to the former chief and current officers. Fire Department Information Officers who are married to a former city attorney and the list goes on and on.

The renewed threat of being fired is of course a direct result of a letter sent by Puckett on behalf of Fallon that in part called for the firing of Charlotte Fire Chief Jon Hannan.

Hannan has be plagued by issues including his passion for antique apparatus, cost over runs and safety issues at the new department headquarters and of course the Crystal Eschert firing. The last item may be the Chief's undoing since the North Carolina Department of Labor has found merit in Eschert's claim that she was fired as retaliation for being a whistle blower.

No word on the outcome of Puckett's hearing that took place on Thursday. The hearing was closed to the public. But Puckett posted a photo to his Facebook account dressed smartly in a business suit. 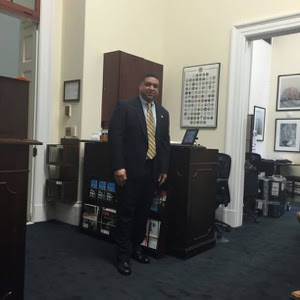 Which started a rumor of a possible political career move.

March Madness - UNC is a number one seed, USC and Davidson didn't make the cut. There was hope for the Gamecocks but sloppy play got the best of them. The ACC again dominates the brackets.

The Masters - Master's week in just around the Amen Corner. Note the aforementioned Yankees. It closer than you think and yes you can just show up and buy a practice round ticket with ease on Monday or Tuesday. And yes it is a religious experience.

Palm Sunday - Not a Church kinda person? That's ok suck it up anyways Palm Sunday is for the kids, grab the family and go.

Easter - Nothing better than a sunrise service on Easter Sunday GO! CP will have a list later in the week.

Carolina Cup - This is old school Carolina rite of Spring Sun Dresses and Rain often make this event just as much fun as wonderful sunny days. Forget the Queens Cup, Camden is 1/2 and twice the crowd. Confederate flags wave and beer flows and oh yes there are a couple of horse races.
Posted by Cedar Posts at 7:35 AM

Sounds like Marty is out the door. Nothing but crickets from the media. They are afraid of being shut out of any news worthy event by the HaHa!

If your picking your tournament bracket I wouldn't count Puckett University out just yet. Too many National Sponsors are coming to this game.

When did Marty Puckett become a captain?

That would be my mistake if it is not true.

The other shoe just dropped. Watch the news Monday......