The End Of Stronger Together 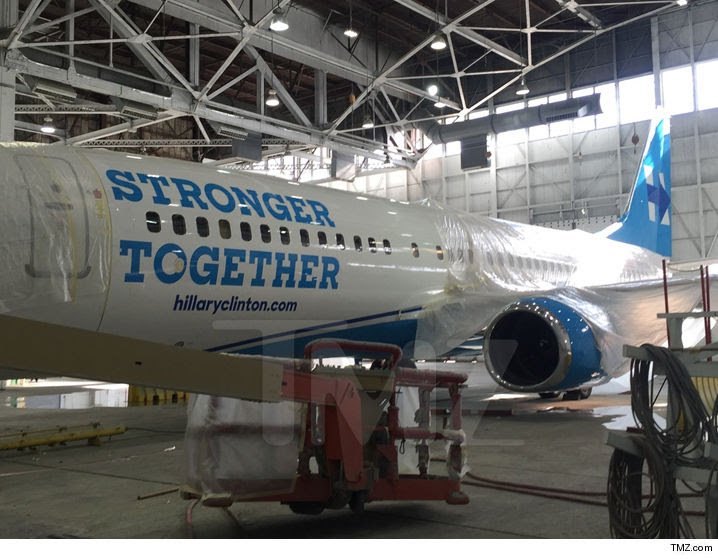 Hillary Clinton's campaign plane is pulling one last job before calling it quits -- a paint job.
The bird is getting an overhaul at Dean Baldwin Aircraft Painting in Roswell, NM. Hillary's campaign was leasing the 14-year-old 737, and it's unclear what kind of service it's going into next ... but we're sure HRC's logo won't be needed.
The jet will be remembered for not making enough stops in Iowa, Michigan or Wisconsin. However, it did have a good run in Ohio ... after the campaign. The University of Dayton men's basketball team reportedly used it to fly to an away game a week after the election.
Unlike Hillary, they won a close game.
Posted by Cedar Posts at 9:14 AM